The whirligig of time 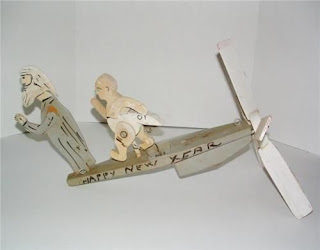 We start our story today with a whirligig of baby new year 2018 kicking old man 2017 off the plank and into the void of time. Another way of looking at this time of the year is to use the symbol for which this new month is named, the ancient symbol of Janus. 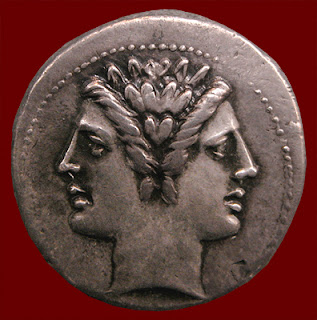 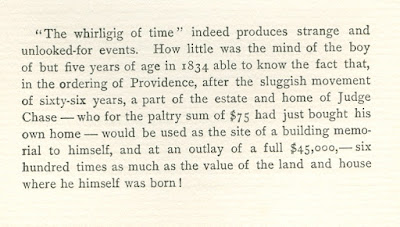 Silloway borrowed the phrase from William Shakespeare who used it in "Twelfth Night."

Unlike Shakespeare's threatening use of the phrase, Alfred Lord Tennyson later used it in a much more positive light. 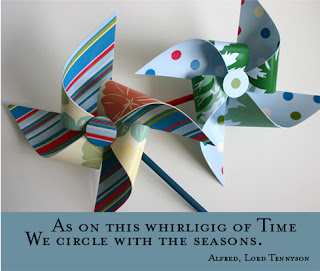 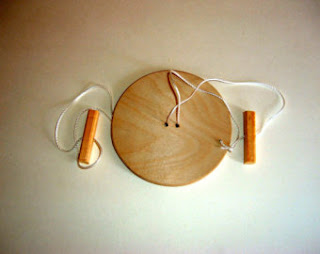 It is also used in the title of a large number of books and musical recordings. Give it a google. 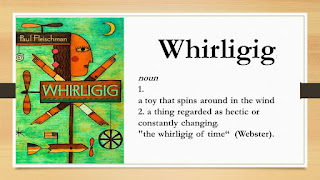 There were a couple large whirligigs in front of Heritage New Hampshire. 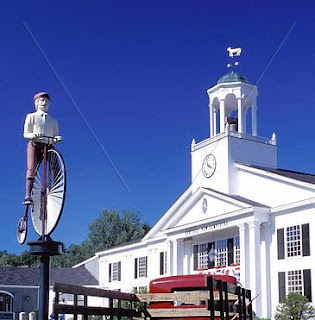 In all, the whirligig of time is an interesting and useful concept, especially at this time of the year. According to Silloway's timeline in the "Memorial" book, he visited Conway on Feb 26 to view the lots under consideration and two days later chose the site we now inhabit. He explained the choice in part: "A remarkably desirable site has been selected, and fortunately near the spot where Dr. Jenks first saw the light of day. (was born) Had the birthplace itself been even reasonably eligible, we are sure he would have had the building erected there."

Posted by Mount Washington Valley History at 10:01 AM