The Conway Public Library is a place for mystery. Most people who visit the library today probably don't notice the many "secrets" hidden in plain sight having to do with memory and what we leave behind. 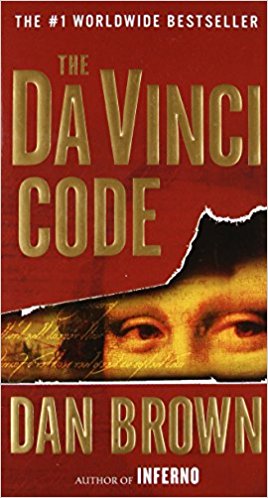 I wonder how many people who walk in the front door see the connection between the library and the "DaVinci Code" or know about its relationship to a famous building in London or a statue in Poland (more on all that below).


The library in fact started as a hushed and whispered secret as documented in a somewhat less well-known book "Memorial of Thomas L. Jenks" by Thomas Silloway. 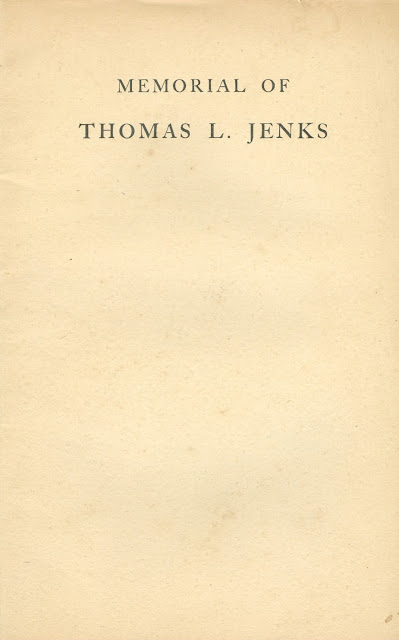 On December 10, 1899 Silloway wrote a surprise "confidential" letter to E.B.Carlton, Chairman of the Conway Selectmen, and asked him to "enjoin the strictest secrecy in the matter..."

He went on to explain that "The late Thomas L. Jenks, M.D., of Boston, was born in your town in 1829. It was his intention to make provision in his will for the erection of a Public Library there." He goes on to explain that while Jenks had died a few weeks before without a will, that Silloway as executor of his estate offered to follow through anyway with Dr. Jenks' desire to build a library in Conway. 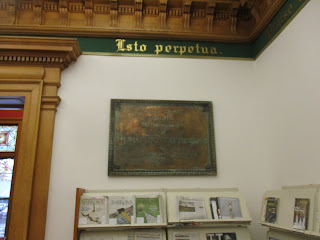 A year later a plaque honoring Dr. Jenks' gift was cast in bronze.The plaque now resides on the wall in the periodical room. Have you ever noticed it? Did you know that the Conway Public Library is actually the Jenks Memorial Library? 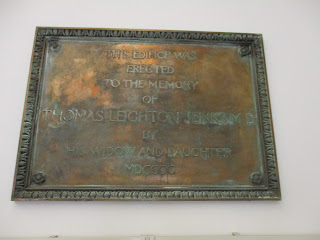 The names of some of the folks involved in designing and building the library, including Silloway as the architect, is carved in stone on another large plaque. 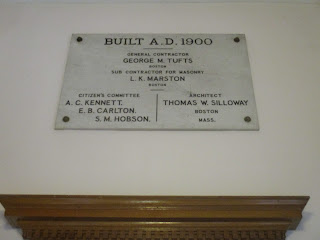 The booklet written by Silloway is also memorial to Jenks and within that memorial is a reference to another memorial to the architect Christopher Wren in London. 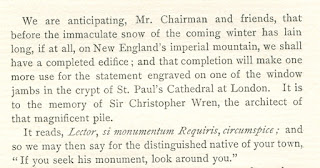 Here is a picture of that memorial in London. 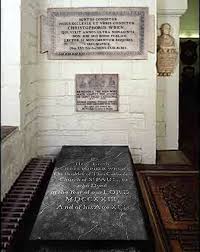 Here is a more detailed view of the plaque. 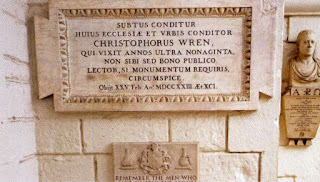 A google search for that Latin phrase brought up this interesting sculpture in Poland that gets to the heart of "that which we leave behind." 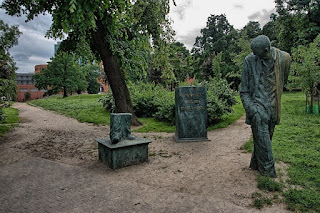 And what of the enticing connection I made at the beginning of this blog about the relationship of the library to DaVinci Code?

Well can't you see it is obvious .. right there in front of your eyes, to everyone who walks into the library ... 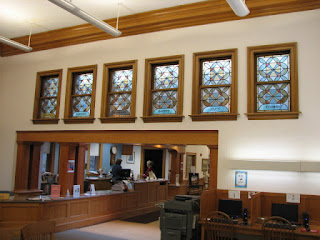 I suppose folks can be forgiven for overlooking the modest recognition plaque, smaller than the other plaques, in tune for the humble generosity of the donors. 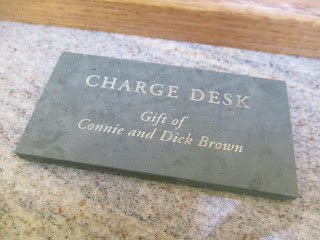 In a future blog we will look at where the original circulation desk was and where it is now.

I will leave you with another mystery, take a look at the second stained glass window from the right with the name Wren. Could that be a another reference to Sir Christopher Wren? or do you think it is a different Wren?

Posted by Mount Washington Valley History at 11:22 AM