June 1917 One Hundred Years Ago This Month

The June 7, 1917 edition of the Reporter newspaper included an article on “registration day” listing the number of men who answered the call and enlisted 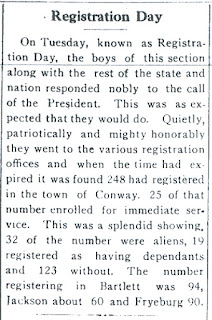 Under the “North Conway Locals” column Edna Ricker is mentioned. Her name is also listed on the WW1 memorial in Schouler Park with ANC (Army Nurse Corp) next to her name. 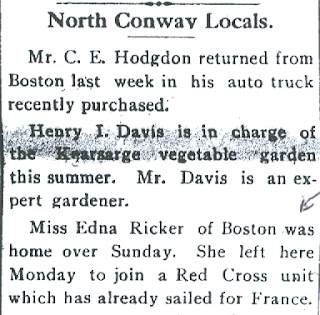 For more details, see this link from the Cow Hampshire blog on military heroes of Conway and the famous “Bordeaux Belles.”

There were several articles in June 1917 about the dedication of the bronze tablet marking the site of the early settler cemetery (click on images to enlarge them).

In 2015 the Conway 250th committee dedicated another tablet on an adjacent boulder. For more details see this link. 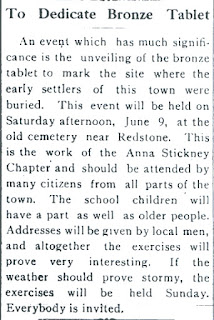 There were many ways of fighting the war. The Committee on National Defense collected statistics about how groceries were delivered. It noted that there were more than twice as many horse drawn deliveries versus motor truck deliveries.

The Red Cross helped to fight the war. 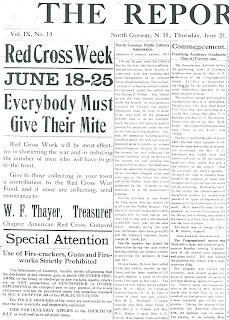 Folks in the small village of Wonalancet were doing their part.

The obituary of Edwin Cranmore helps provide info on the family for whom Cranmore Mountain was named.

With the beginning of summer, thoughts and advertisements, turned to ice cream and gardening and lawn care. 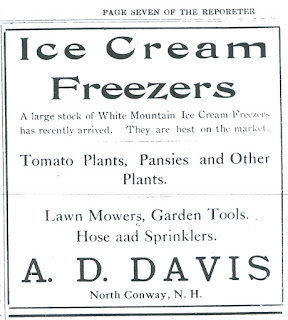 Women’s suffrage was another battle reported on during June 1917.
It was another three years (August 18, 1920) before American women were granted the right to vote.

That's all the news that's fit to print, for now.


Posted by Mount Washington Valley History at 8:03 PM No comments: 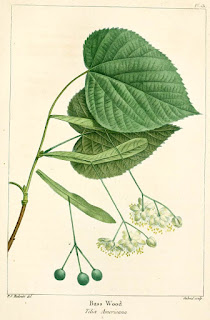 Today is the longest day of the year. This time of the year it is easy to identify the basswood trees in the park next to the Conway Public Library with their lime green brachts set among the large dark green leaves. 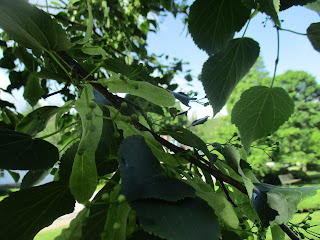 Four of them flank the southern edge of the park along the appropriately named Greenwood Avenue across from the historic D. Baker upholstery building with its old "western" looking rectangular facade attached to the gable end of the rustic wooden building. 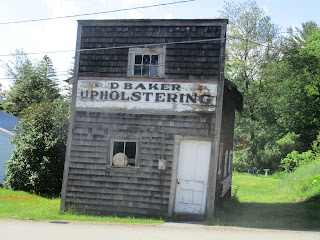 If you look carefully, you will notice the red brick sidewalk known as the Davis-Baker Walkway. 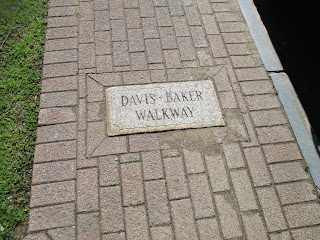 After Independence Day, the basswood’s lemon colored flowers will attract bees that will make a specific kind of linden honey.

In his 1792 History of New Hampshire, Jeremy Belknap reports that the “Basswood or Lime-Tree (tilia americana) is sometimes sawed into boards, which are very white, but soft, and easily warped.”

He did not seem to know that Native Americans used its inner bark to make rope and mats, nor did he mention that the wood was favored by our colonial ancestors for carving wooden sculptures.

To learn more about Conway's historic landscape or our early settler's use of trees please contact us at the Conway Public Library's Henney History Room.


Posted by Mount Washington Valley History at 8:31 PM No comments: