A Mystery for Halloween 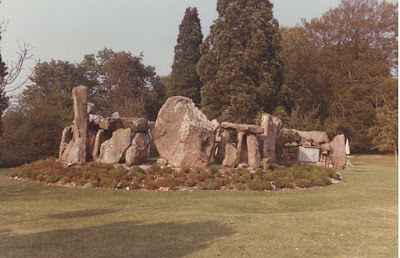 You can find this mysterious image on our website at this link. This has been called a Druid's altar or temple. It can be found along the Thames in England not far from where George Harrison had his estate.The stone circle consists of forty-five granite megalithic stones that were once part of an ancient burial site. It is part of a pleasure garden that once belonged to Henry Seymour Conway for whom our town was named. 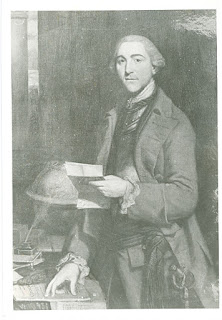 Also on the grounds can be found obelisks, fake Grecian ruins, gothic cottages, a rustic bridge, tunnels, caves, and a grotto reflecting the macabre and romantic tastes of the 18th century.


During Conway's 250th anniversary celebration a few years ago a lot of attention was paid to Henry Seymour Conway. Now we turn our attention to his only daughter. Here she is depicted as a witch (from Macbeth). See this link. 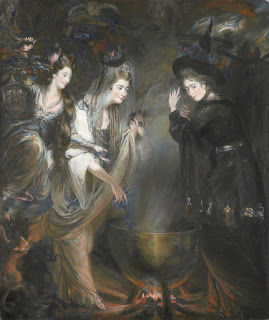 Here is another less Halloween-like portrait of her. 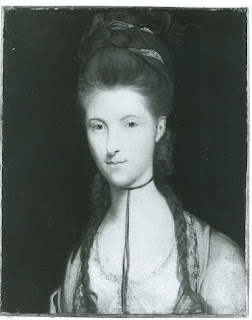 These images are part of a group of photos that had been gathered on the Conway family by a previous Curator, David Emerson, but had never been catalogued into our pastperfect online database. This image in the collection was a copy of this oil painting by Sir Joshua Reynolds, also in London's National Portrait Gallery. More at this link.

Not only was she the subject of artists, she was an artist herself. Even more rare for a women of the time, she was a sculptor. 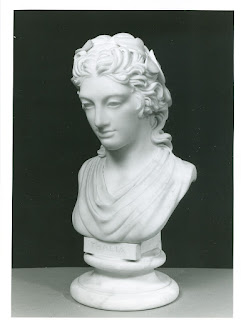 Here is a portrait bust she did of a friend dressed as Thalia (the muse of comedy and idyllic poetry) now in the National Portrait Gallery, London.See this link. It is inscribed in Greek that "Anne Seymour made me."

She did self portrait now at the Uffizi that again in Greek text reads: ΑΝΝΑ ΣΕΙΜΟΡΙΣ ΔΑΜΕΡ Η ΕΚ ΤΗΣ ΒΡΕΤΤΑΝΙΚΗΣ ΑΥΤΗ ΑΥΤΗΝ ΕΠΟΙΕΙ which translates to "Anne Seymour Damer from Britain, made herself". 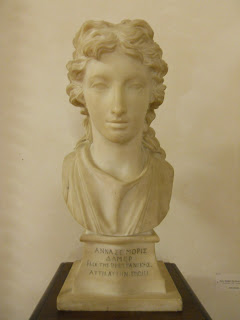 These inscriptions of ponderous, almost sad faces carved in cold marble make me think of Mary Shelly's book Frankenstein which is enjoying its 200th anniversary this year. Remember that novel begins and ends with death and destruction at the North Pole. There are also etymological coincidences (or not coincidence?) that tie to our own Frankenstein here in the white mountains. See this link.

While we are just having fun with words and images, Anne's real life was a combination "girl power" and love on the rocks. Note: we have an outreach program about "love on the rocks" in the White Mountains that includes tales of love, loss, murder, suicide, betrayal and abandonment.

More about Anne's life can be found at this link. It is poignant and seasonally appropriate to mention that she was buried with her sculpture tools and the bones of her favorite dog.

Have yourself a very happy Halloween!

Posted by Mount Washington Valley History at 5:15 PM No comments:

The name Ashmead's Kernel is strange and mysterious. It kind of sounds like a novel title by Stephen King. Actually it is connected more to his wife Tabitha, owner of Pietree Orchard in Maine. 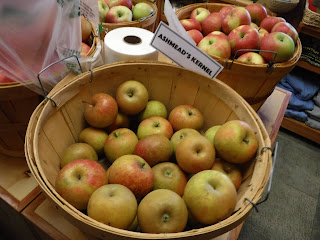 Ashmead’s Kernel is one of fourteen heirloom apple varieties we recently acquired at their orchard for a family apple tasting event. 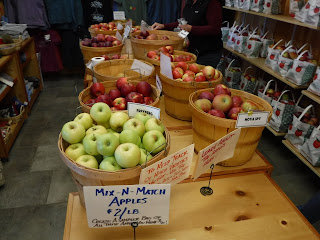 They describe this apple variety on their website as "Tart and spicy, with pear and pepper notes" and conclude that "Ashmead's Kernel is an adventurous apple. 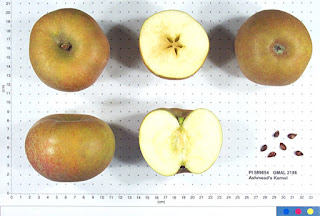 Our collection of Samuel Bemis papers provides an interesting view into apple history.  See a link to this collection and our finding guides here. You can see his apple orchard in a number of photographs (click on the image to enlarge it). 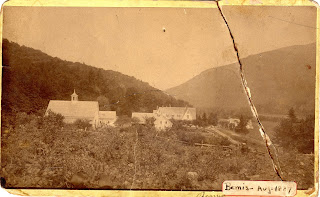 Included in his papers is an invoice from Boston's Curtis and Cobb Company for the purchase of a cider mill for $25. 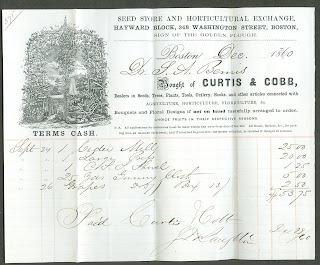 His papers also include detailed notes about the kinds of apples he grew and his experiments with grafting. These grafting experiments helped him win a silver medal in 1860 from the Massachusetts Horticultural Society for his "Collection of Apples."


Apples have played an important role in Halloween activities for many years. 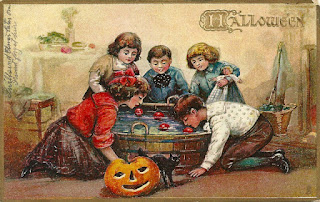 Bobbing for apples started out as a divination or fortune telling game that was supposed to give clues as to what kind of luck you would have in marriage. 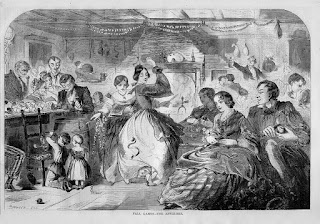 Winslow Homer’s print from Harper’s Weekly magazine “The Apple-Bee” shows you can have fun while working (peeling and stringing apples to dry over the fireplace).  It also includes fortune telling, throwing the apple peeling over the shoulder spell out the initials when they land. 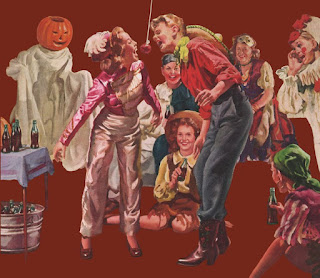 Snap apple was another fun game for the romantically inclined. 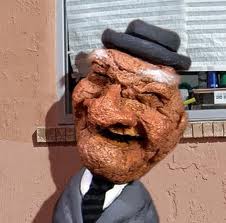 I leave you now with an apple head doll that closely resembles one of our retiring volunteers. I will leave it to you and to him to make that connection.

As always if you have have any questions or comments, please contact us at the Conway Public Library's Henney History Room.

Posted by Mount Washington Valley History at 5:00 PM No comments:

Did you know that this is “Earth Sciences Week.” Today, in fact, is National Cheese Curd Day and National Mushroom Day.

Did you further know that you can borrow “back pack” kits from the Conway Public Library to help you explore earth sciences in Conway and the White Mountains? 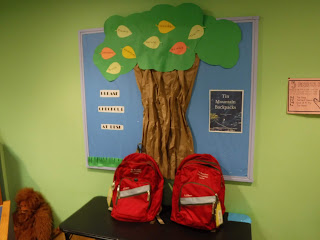 Created by Tin Mountain Conservation Center, and supported by L.L. Bean, we have back packs available on subjects such as birds, insects, mammals and so on. They include Items such as a compass, magnifying glass, binoculars, identification books, activity sheets, and maps. 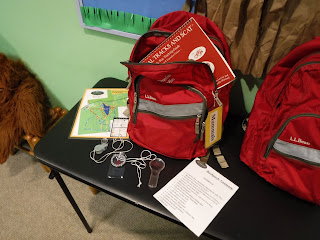 Finally, did you know that the Conway Public Library's Henney History Room has a wide variety of resources for studying nature through history?

We do in fact, have several outreach programs we offer free to area schools and civic groups about the historical relationship between people and nature. We have programs that explore each season and cover topics such as ice harvesting in the winter, maple sugaring in the spring, farming in the summer and the "art" of the harvest for the fall.

Posted by Mount Washington Valley History at 7:31 PM No comments: