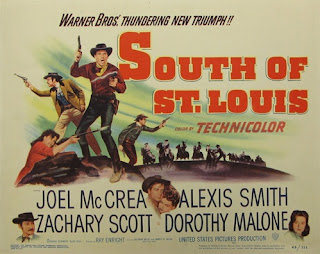 The Henney History Room of the Conway Public Library has an interesting and important collection of films related to area history.


Often while watching a film, I tend to look in the background at the historical details of the settings, costumes and accessories. Once, during an especially romantic scene in the “Last of the Mohicans” the raking light hit the wooden beams in the background just right and I proclaimed “circular saw marks” during the main characters’ first kiss.


This manufacturing tool mark indicates a technique not common, especially in the frontier areas, of the supposed time and place. It was clearly a significant discovery of an important historical anachronism.


My wife was not as impressed as she should have been with my Sherlock style sleuthing. She felt it somehow spoiled the moment. Go figure!


By using a combination of sources as evidence, such as newspapers, photographs and other archival materials, one can use these accidentally and unintentionally captured film clips as primary evidence and clues to further piece together and explore various puzzles of otherwise undocumented history.


For example, while there are a number of photos of the front (south side) of the Kennett Barn that once occupied the site of the current Salyards Museum on Main Street in Conway Village, the only images I know of the back (north side) were accidentally recorded in the film “Conway Boy.”


As Pee Wee French is rounding first base the camera shows us the back of the barn and we can see how the builders built into the bank and used the elevation change there so they could drive directly into either level of the barn. It also shows the workings of the hay equipment.


Other rare archival highlights in the film include Stone the Druggist , Conway Village’s war memorial and train station and the Tydol gas station on Main Street. Especially interesting are scenes showing the interiors and working views of the lumber mill, grocery store, barber shop, Kennett gymnasium and the self-service popcorn machine at the Majestic Theater.


One can also study the people in the film, their clothing and hair styles. Even the way they walked in tight groups reflecting shifting social norms documented in the book, “Bowling Alone.” I have noticed high school kids don’t walk that way anymore.


Details in the film help date it. In an earlier post I talked about how the movie posters in a photograph of the Majestic Theater could be used to date that photo. When Pee Wee French takes a girl to the movies, the poster for “South of St. Louis” can be seen dating this scene to 1949.


That film was set in Texas during the Civil War. The heroes are Confederates or Rebel sympathizers. The bad guy was a Yankee named Luke Cottrell who led a band of Union Soldiers who burned farms to put down the South.


I guess there are other folks like me who watch films in this funny way. According to one website, a goof in the film is the use of a certain pistol. “A revolver commonly seen in the film is the famous Colt Single Action Army Revolver. This design did not appear until 1873, much too late for use in the American Civil War.”

So on we go … lights, camera, action!
Posted by Mount Washington Valley History at 8:15 AM No comments: 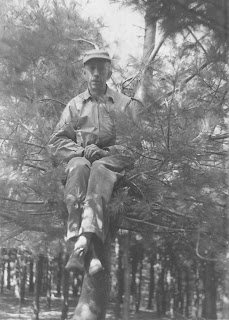 Years ago, when I first visited the Henney History Room, I browsed the shelves and wondered why did they have so many books on Helen Keller?


The answer is that our region has been home to many famous celebrities including Helen Keller who summered here and who was great friends with Nella Braddy and Keith Henney, the founders of the Henney History Room at the Conway Public Library.


One of our most famous local heroes was a dog, the great Chinook. Descended from one of the lead dogs on Peary’s North Pole expeditions, Chinook himself was destined to lead Byrd’s teams at the South Pole. He even has his own set of action figures made by the famous Steiff Company. He is honored by statues, bronze plaques, a road named after him, clubs, and oh yes, he founded New Hampshire’s state dog breed.


In addition to the books, we have vertical files on many other local celebrities as well as many diaries and journals that can help one explore their lives. We also have selected works in other sections, such as the novel Eight Cousins by Louisa May Alcott, sheet music from Englishman Thomas Murphy, engineering books by Keith Henney, a book on business etiquette by Nella Braddy Henney, and stories of polar expeditions by Admiral Byrd, etc.


Perhaps we will collect a biography on you when you become famous for your contributions.

Now who is the guy in the tree? It is our own Keith Henney. The Conway Public Library’s Henney History Room was established in 1976 by Keith Henney in memory of his wife Nella Braddy Henney. The Henneys were real history super heroes. Through hard, dirty and sometimes dangerous work, they saved fragile historical records, researched many subjects ranging from Civil War soldiers to lost poets to ocean-going sea elephants and shared their findings through articles, books and lectures.

Posted by Mount Washington Valley History at 10:21 AM No comments: