By George I remember when we made much more of a fuss over George Washington's Birthday!
There were pageants and parades and all the kids would dress up and the adults would dance.

Did you know that Conway played a small part among the many monuments and mementos (including one of Washington's sets of dentures above) celebrating our first President? In Conway, Washington was a doll! Actually both he and Martha were part of the doll collection commissioned by and sold through the Yield House. 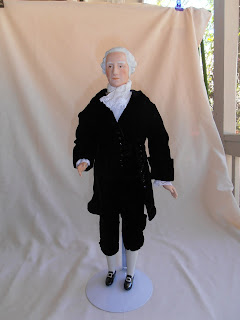 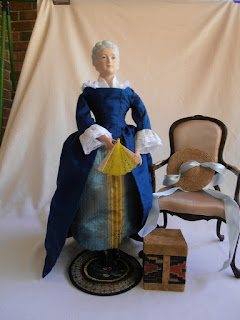 The kits were sold with the parts to assemble, but you had to make your own costumes, so there are many different variations that can be found for sale now online through Ebay, Etsy and so on. 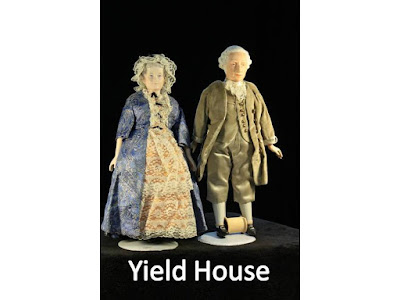 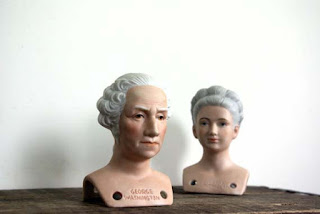 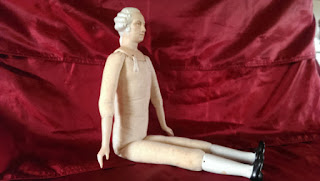 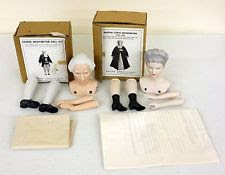 Kind of a "do it yourself" activity. ﻿

Posted by Mount Washington Valley History at 4:06 PM No comments:

More one hundred year old news from the Conway home front during the Great War. A big event one hundred years ago this month was the showing of the film, The Birth of a Nation at the Bijou Theater, now the Glass Graphics building on Pleasant Street.

The movie purported to be "war as it actually is!" with a cast of 3,000 horses and 18,000 people. Only in this case, the war featured in the film was the American Civil War.
Another war film from February 1916, The Nation's Peril was presented at the Masonic Theater in North Conway. Their big battle scene only involved 3,000 people but was still said to be sensational and thrilling with explosions, sinking ships, and artillery bombardments of an American town by an invading foreign power. It warned of the dangers of pacifism and inspired a nationwide fund-raising campaign for the Navy to build more battleships.
Another type of fund raising appeal also showed up in this month's newspaper focusing on civilians caught in the crossfire.


The big local events were the various celebrations of Washington's Birthday. (Oh yeah and Gray's Inn in Jackson burned for the third time in eight years).


Here is a menu from one of the celebrations at the Russell Cottages, now home to a ski club in Kearsarge village. I know what Nabiscos are, but what are Martha Washington fritters?

A final word on the war. Some of the class system attitudes are similar to what one would expect in episode of Downton Abbey

It's not just a job, it's an adventure.

Posted by Mount Washington Valley History at 9:24 AM No comments:

We recently received donations of several menus related to the Sunset Pavilion once located in North Conway. 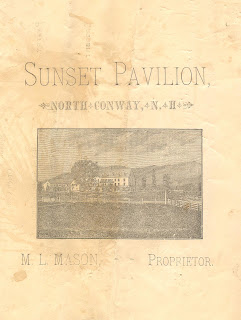 
It's interesting to compare an online photo that is very similar to the engraving on the cover of the menu. See: https://ellensquilt.files.wordpress.com/2015/01/sunset-pavillion-11116420140610115137_001.jpg
You can actually enlarge the image to read the sign on the building. 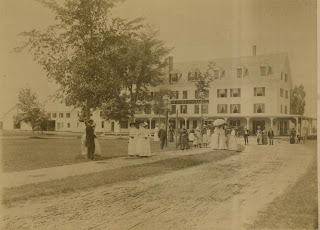 Another picture shows a boardwalk lining the roadway. 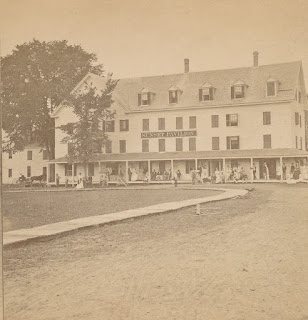 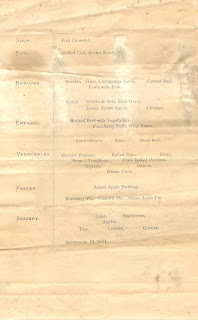 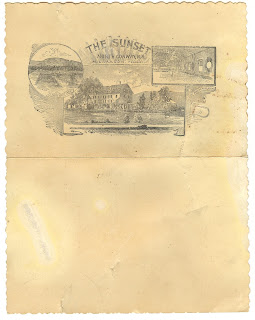 You can see a view of White Horse Ledge that used to be able to be seen when the fields were cleared. On the right inset can be seen the "new pavilion music room" which is now the Eastern Slope Playhouse. 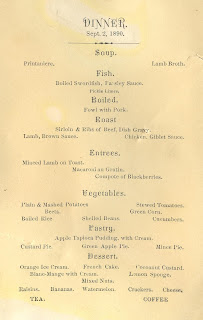 
Posted by Mount Washington Valley History at 6:34 PM No comments:

This wonderful piece of ephemera was recently donated to the Conway Public Library. It adds greatly to understanding of local history, especially when studied in context with other items already in the collection. 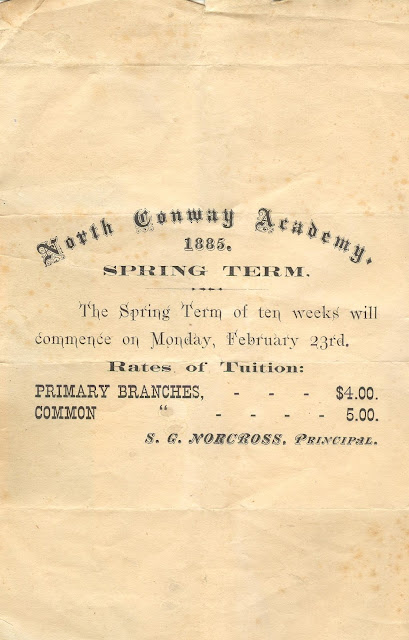 We have never seen this kind of detailed information about the operation of the Academy. 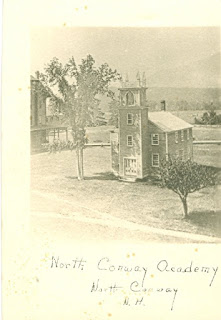 With its distinctive four pronged tower, the old Academy building is useful in identifying North Conway in White Mountain Art. 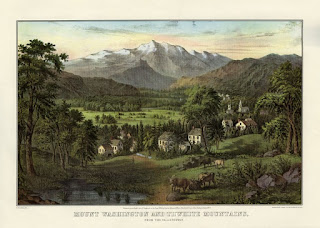 Click on this image and you can see the Academy building in this Currier and Ives print. Contact us for more artworks showing the Academy building and visit us at the Conway Public Library to see a large oversized mural of a very famous print showing the Academy.
Organized in 1828, the Academy continued operation until the building was torn down in either 1874, or as some other sources say, 1885. The area later became the site for the North Conway Community Center. That building is now planned to become part of the NH Ski Museum system and a new community center has been built near by.
The newly planted trees along the boardwalk in the background have been traced in photographs through the years, and a few of the trees remain. 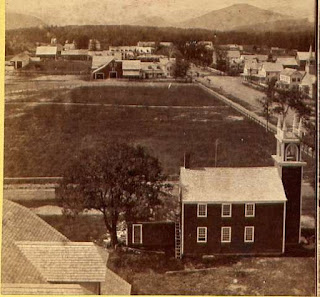 Another view of the Academy building in our online collection. 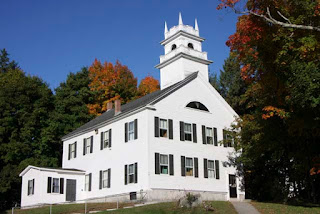 Recently we travelled through Henniker, NH and saw that they had a very similar Academy building. This one now serves as their local historical society museum. More research to be done here!

Posted by Mount Washington Valley History at 7:42 AM No comments: