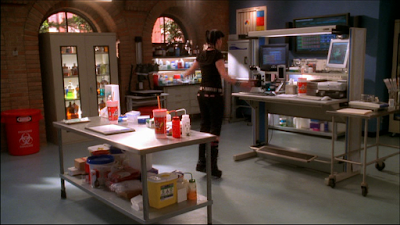 In the popular CBS television show NCIS, analytical technology plays a major role in solving criminal mysteries. While we may not have Abby’s “Major” mass spectrometer to identify chemical composition of evidence, ... 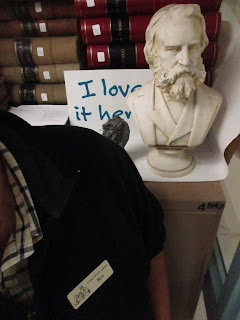 My name tag does have a magnet and I am able to use it to determine ferrous (contains iron) versus non-ferrous materials. 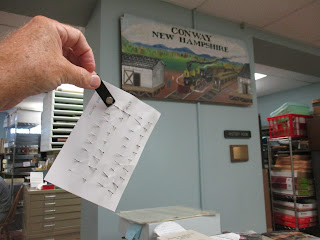 This simple tool actually can help date early iron pins from later brass pins found in the Bemis papers used before staples to collate papers together. 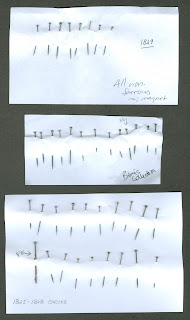 Another simple tool uses the incredible magnification power of our scanner. Using the scanner as a  forensic tool we are able to magnify the head of the pins with much better imaging that a magnifying glass. 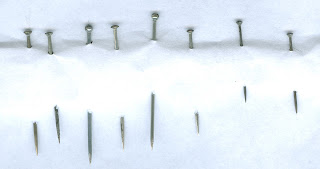 As we increase the magnification level, you can see the wide variety of pin head shapes we have been finding in the collection. 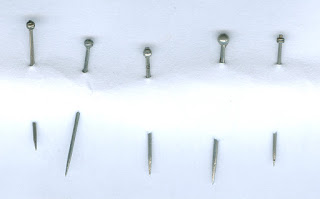 At a higher resolution you can see that the head of these early pins were actually wrapped around the straight wire shank. You can also see the rust that is another clue that these pins were made of iron. 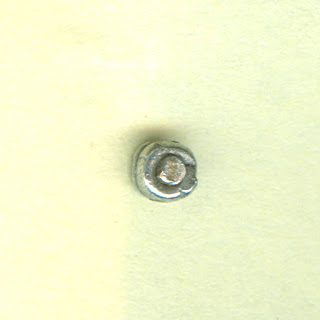 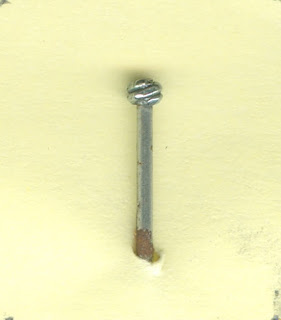 In his famous book, “Wealth of Nations,” Adam Smith uses the example of these hand made pins to discuss the possibilities of economic improvement.

These early pins were valuable and expensive. A number of years ago, I was part of a team exploring secret drawers and hidden compartments in early American furniture. Hidden inside the walls of this desk and bookcase were sliding panels. 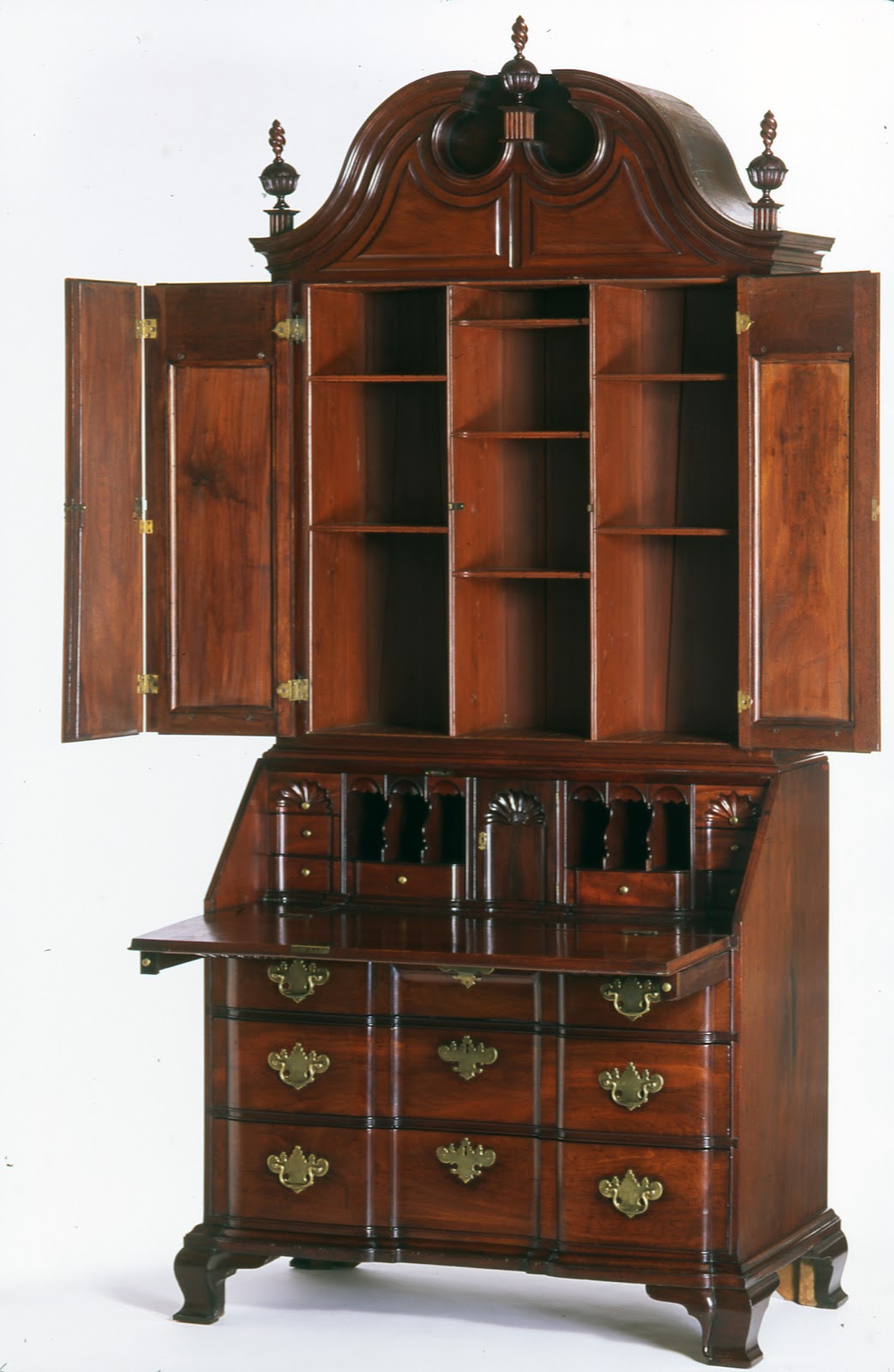 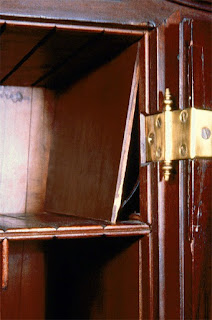 ... and inside the walls we found pins and needles wrapped in paper and fabric packets. 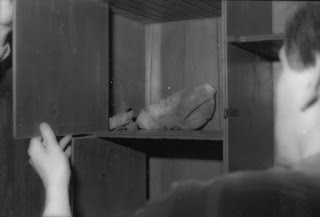 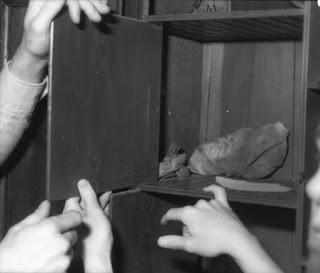 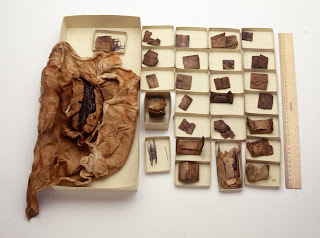 Posted by Mount Washington Valley History at 3:27 PM No comments: 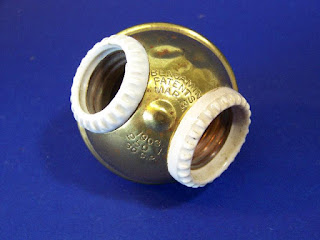 Our continuing series of looking at the news from one hundred years ago. The first issue of the Reporter newspaper for January 1917 featured a large ad from the Goodrich Falls Electric Company offering to wire six rooms for $35. (see ad below).

The price included a Tu-For-Wun plug, made by Benjamin Electric Mfg. Co. of Chicago, Illinois. 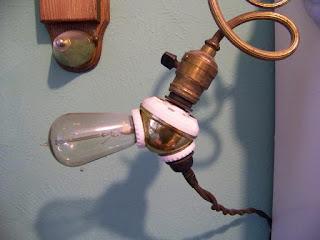 Before wall sockets were common and plugs were standardized, there was a bewildering number and variety of methods for plugging lights and appliances into the electrcial supply system. The Benjamin used the same screw type method for both their plugs and their bulbs so they were interchangeable. Many of these are now collector’s items and now sold in specialty antique shops 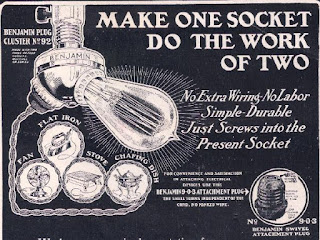 While the office for the Goodrich Falls Electric Company was in the Pitman Block of North Conway, the actual waterfalls where the power was generated was in Jackson, NH. For many years, the falls had served both a practical purpose as a sawmill and an aesthetic purpose as a tourist attraction with its image being captured by both painters and photographers. 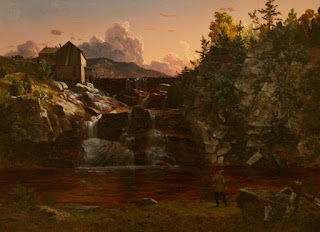 Another big news feature was the Small murder trial held at the Carroll County Courthouse in Ossipee. It was the first murder case in the then new courthouse. “A telegraph office has been temporarily placed in the basement of the buildling and from it the operators are keeping the wires busy in sending out to the broad world the evidence as fast as it is produced. Even a barber shop has been placed for the convenience of all concerned.” 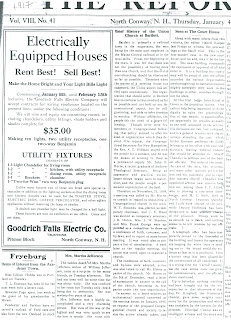 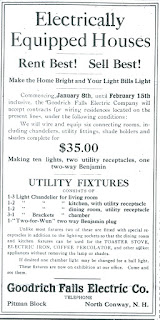 It is not until page six, after all the gossip and social society news that we get a summary of the war raging in Europe.


Posted by Mount Washington Valley History at 3:29 PM No comments: