Lidar is creeping towards Conway 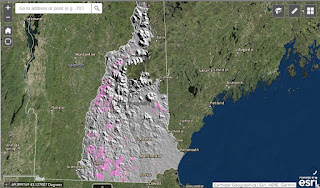 LIDAR, which stands for Light Detection and Ranging, is a remote sensing method that uses light in the form of a pulsed laser to measure ranges (variable distances) to the Earth.

Much of New Hampshire is already covered by the lidar overlay. However, only a bit of Conway is covered.

On the other hand, all of Tamworth is covered. 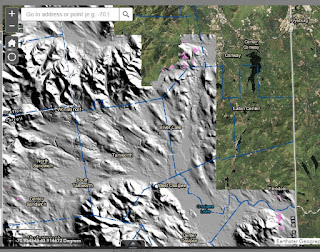 By zooming in, you can see the stone walls throughout the town.

Even the stone walls around the Grover Cleveland summer home. You can also read about stone walls in a recent Vibe magazine article. 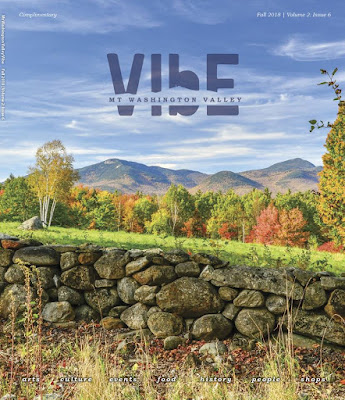 You can also check out our previous blog about the Cleveland Memorial Wall here.

Posted by Mount Washington Valley History at 10:57 PM No comments: 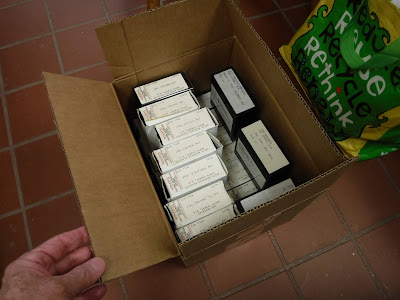 Recently we mailed 24 reels of microfilm to Cedar Rapids, Iowa where thanks to a grant of $3,600 from the Henney Historical Fund they will be digitized and made available online. The first microfilm reel starts with the masthead of the White Mountain Reporter, published North Conway, Thursday March 14, 1895 price 5 cents (click on images to enlarge).

The central motif of the masthead's logo is a scene of Mount Washington with the Cog Railway. 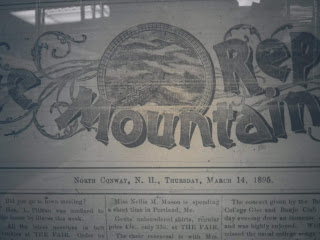 Notice how the image is somewhat unfocused and obscured by reflected light and due to back lighting has inconsistent bright and dark sections making it hard to read.

Once digitized the images will have much better resolution and clarity as well as have the ability to search for keywords, crop and save images in multiple formats.

Over the last couple years we ran a series of blogs focusing on Conway's experience during World War One as seen through the local Reporter Newspaper. Once digitized we will be able to explore many other themes.These newsletters reveal weekly concerns of the community from 1895 through 1943.

The first column of the early paper listed the times for the arrival and departure of the mail. Below that was the church and lodge directory. Taken together, the prominent placement of this information reflects the changing nature of our community from then to now. 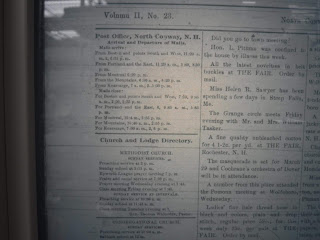 The end of the last reel we shipped was The Reporter, Thursday, December 30, 1943. Included in this newspaper was an advertisement for the Majestic and North Conway movie theaters wishing "A Happy and Victorious New Year to You All, May 1944 mark the milestone of the end of the war." 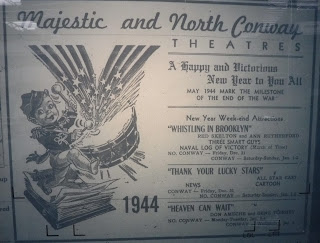 It featured a young boy banging a drum emitting sparking stars and stripes creating a V for "victory."
Their was also an article about Christmas in Conway. 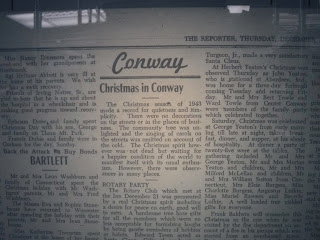 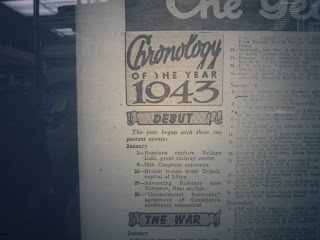 There was an advertisement about "New England farmers make your wood fighting wood" in support of the war effort. 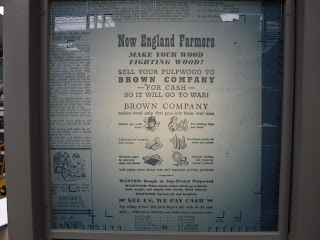 By the way, did you get the multiple entendre puns about the title of this blog, "Pressing the Issue."

Pressing the issue (verb) can also be read as bringing an issue to the public's attention. We will be doing that in the future soon through a public program by the press (newspaper and media people) who will talk about the past, present and future challenges of presenting the news.

You can also think it of as a pressing issue, an urgent or needing to be dealt with immediately. The first amendment to the U. S. Constitution guaranteed freedom of the press. Many people feel that that freedom is being challenged today. 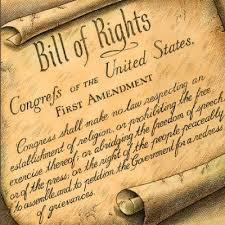 Finally, you can think of the title as referring to the historical tradition of the labor or literally pressing the issues. On the right a young apprentice is using a pair of inking balls or dabbers to press the ink onto the face of the metal type. In the middle is the pressman, pulling and pushing (or pressing) the bar to press the ink onto the paper with such force that the type leaves an indentation in the paper that can still be seen today in some of our original newspapers. 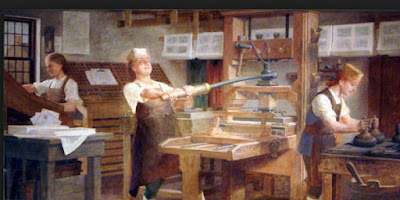 However, soon this will all be done in the cloud.

Posted by Mount Washington Valley History at 9:42 PM No comments: