Of strings and sealing wax and other fancy stuff 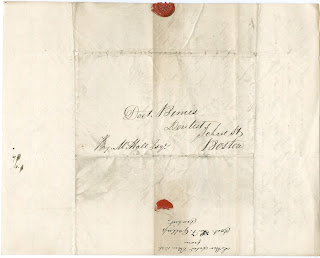 Evidence of special strings and sealing wax can be found throughout the Samuel A. Bemis papers we are processing at the Conway Public Library's Henney History Room. 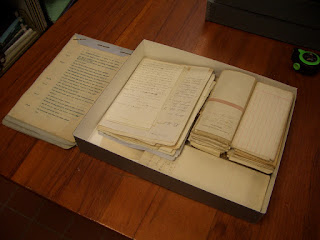 In fact, some of the evolution of various binding and sealing systems for writing, sending and organizing papers can be seen in the collection.

MIT conservator Jana Dambrogio coined the term “letter locking” to cover the wide range of techniques used over the years to provide privacy, security and authenticity to the written word. It will take a couple of blogs to cover even a tiny bit of this vast subject and continue to examine the material context of the papers themselves including paper format, color, binding, seals, etc.

Sealing wax like that seen in red in the pictures below was made from beeswax, lac or rosin mixed with turpentine and pigments and shaped into a taper, like a small candle. 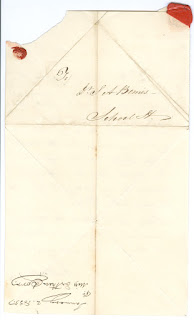 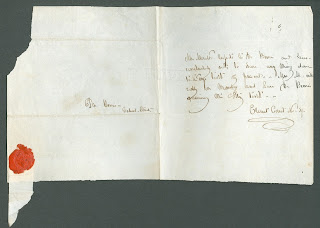 The wick was lit and the wax melted onto the paper, then a metal seal or signet ring was pressed onto it to create a design in the wax, often initials or coat of arms or other insignia. 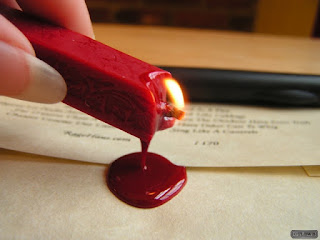 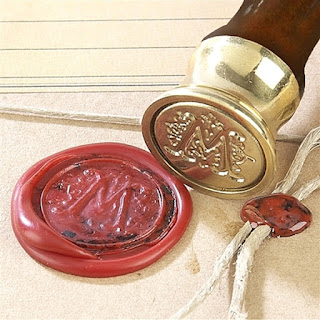 In the Bemis papers most of the wax seals seem to have been plain. 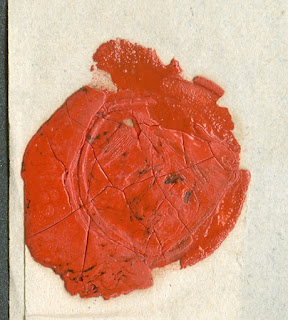 There are many works of art that show the history of strings and sealing wax. This painting of Samuel Adams shows an example of a very large seal. 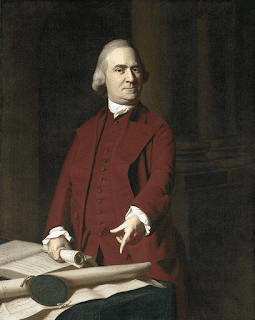 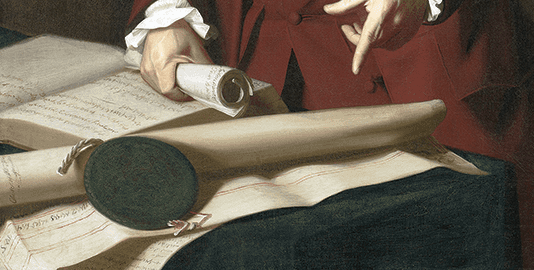 This one from the Bemis collection has a "waffle iron" pattern. 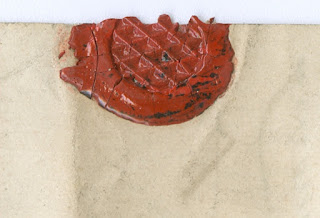 The “waffle iron” pattern seen in this seal was later used in the wafer form.  Wafers were a cheaper and quicker alternative to the sealing wax. They were made from a starchy flour paste that became sticky when wet and were pressed or pinched together with a pair of "wafer tongs." 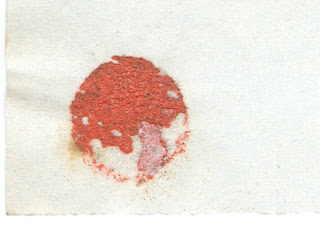 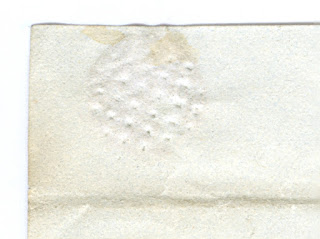 Both sealing wax and wafers were available throughout the life of Samuel Bemis and there is evidence to suggest that proper etiquette as well as cost and convenience may have guided which system was used when.

The “waffle iron” pattern can also be seen on the flap of an envelope showing three different versions of this design. 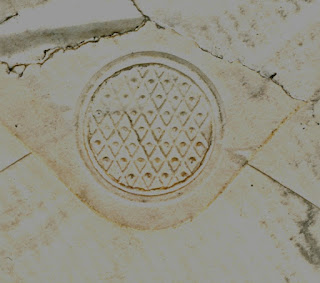 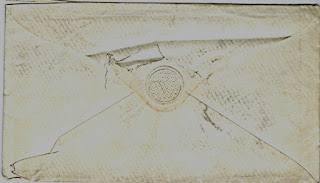 So how did one learn all of this about letter writing? Well you could be schooled on School Street by Miss Frost! 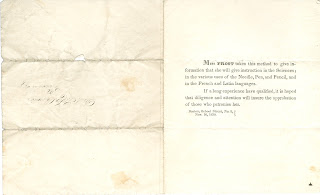 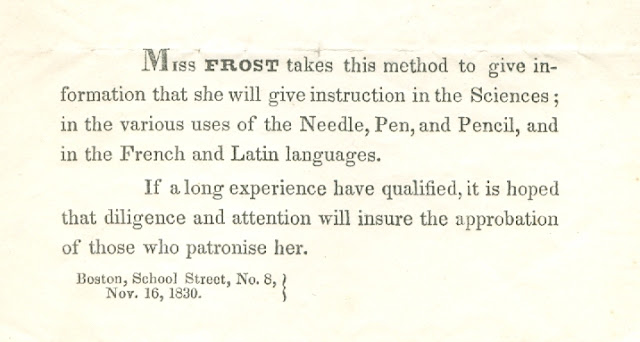 As always, for any questions or suggestions, or to find the sources of images or quotations from this blog you can "comment" us or contact us at the Conway Public Library's Henney History Room.