The Sands of Time


While carefully unfolding letters in our Samuel A. Bemis collection, archivist Craig Evans noticed some grains of sand falling onto the table. Had someone with filthy hands handled the papers before they were packed away over a hundred years ago? 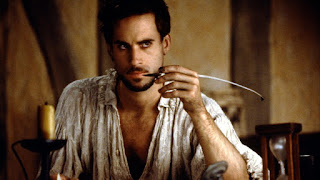 Or had this “contamination” happened more recently, perhaps when a volunteer or visitor was working with the collection? We try to keep a pretty ship-shape, clean, if not sterile, environment in the archives of the Henney History Room, so we were surprised to find this dirt.

Craig noticed that the sand seemed to be especially prominent near the hand-written signatures and deduced that this was in fact writing sand or “pounce” used to smooth un-sized paper and dry the ink in these pre-ball point and digital days of yore.

Long ago and far away, I once drove from Indiana to Connecticut and spent a substantial sum of another museum’s money to purchase a small cardboard box full of sand. While that might sound crazy, it was in fact commercially produced writing sand, and actually a quite rare surviving example of what was once a common item.
In some cases, the sand was actually powdered cuttlefish bone or gum sandarac made from the resin of a small cypress-like tree native to Morocco.
This special writing sand was used in a pounce pot or caster that looked like a salt or pepper shaker. Made from wood, tin, pewter, silver, glass, ceramics, or ivory these were often sold together with an ink well, candle holder and tray as a complete desk set. 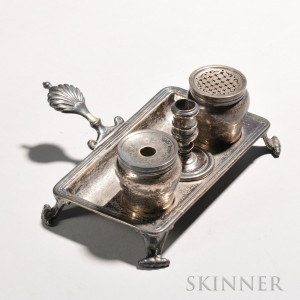 Notice that the sand caster (the one with many small holes) has a round shallow dish on it’s top so that any unused pounce or sand could be returned to the pot and reused. Although blotting paper had been available since Tudor times, pounce or sand continued to be used throughout the nineteenth century because it was often cheaper.


Small sand casters and jars of sand were also included as part of portable wooden desks that opened up for writing and closed for travel. This would be somewhat equivalent to today’s ipad. 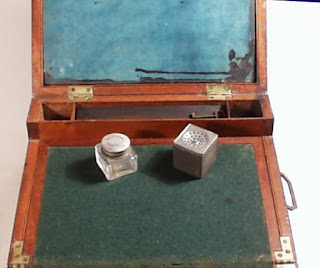 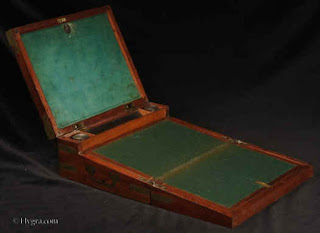 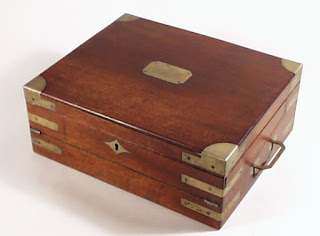 During the time, the pens were made from bird feathers. A quill pen can be seen on the top of the Conway Public Library’s weathervane. The ink was often iron gall, made from blisters on oak trees made by a wasp. Weird huh?
All this hidden history of the writing process can be examined even before one reads a single word scribbled in tiny, hard-to-decipher, cursive letters in the Bemis papers providing an interesting context to the text itself.


Other fascinating aspects of the Bemis collection include the types of paper used (woven or laid, with watermarks) and colors used made of pigments and grounds made from plants, rocks, insects (red was often crushed up beetles), and binders of oil, water or egg yolk (tempera).


To learn more comment us, or better yet, visit us at the Conway Public Library’s Henney History Room and see for yourself.