Silloway - Out from the Shadows 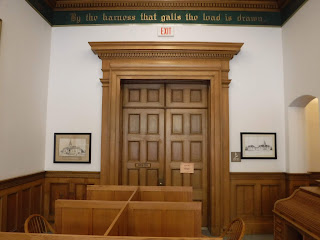 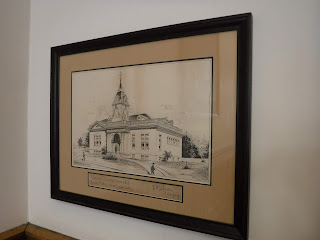 Before restoration, the mat had been glued to the drawing ... 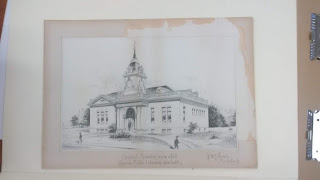 ... and the backing board show strong signs of acid burn and staining. 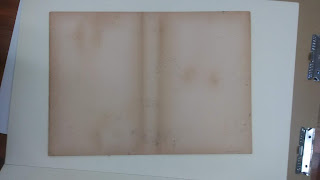 The drawing is animated by three figures. The first shows a well dressed gentleman walking out of the original front doors. 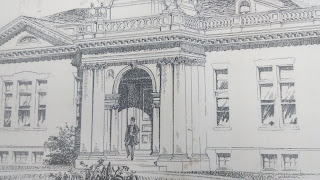 Note the copper balustrade above the portico (see this link for more). 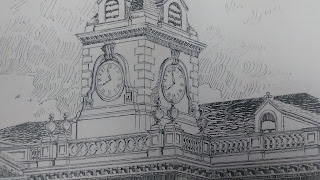 The weather vane on the drawing is not the "quill pen" that we currently have. 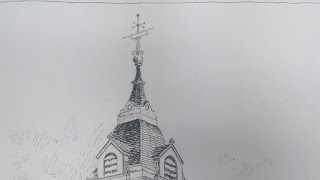 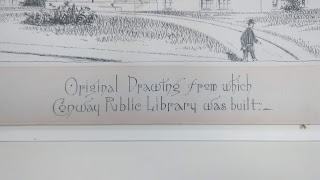 The title and the architect's name are detailed in very stylistic calligraphy (click on images to enlarge them). 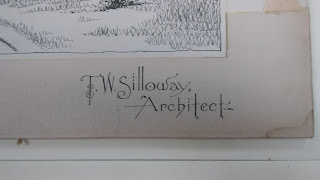 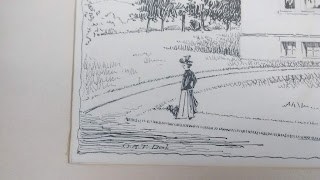 However, notice the O.A.T. Del. indicating that another person actually delineated or drew the item.

The image was used in a number of publications preserved in the Conway Public Library's Henney History Room including the Order of Exercises, a program from the cornerstone ceremony from the event of June thirteenth, 1900 that includes a list of songs, prayers, benedictions and a historical address by the buildings architect, Thomas Silloway. 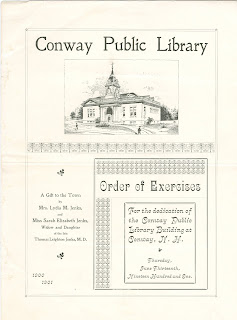 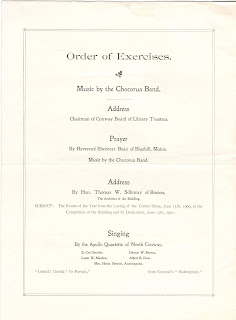 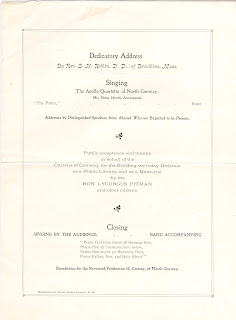 The drawing was also used in a memorial booklet for Thomas Jenks, who funded the building of the library. 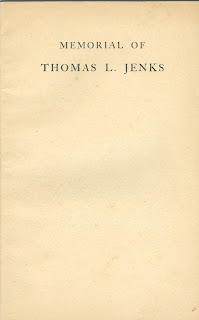 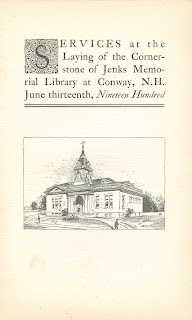 A photograph of Silloway can be found in the library's "red" founder's room. However, it is kind of buried or hidden as one of 48 photos of people involved in building the original section of the library. 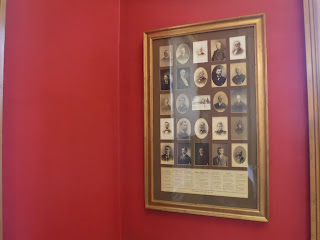 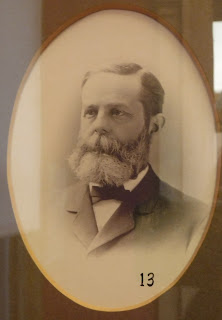 The drawing can be seen on the mantle in this photograph of Silloway in his office. 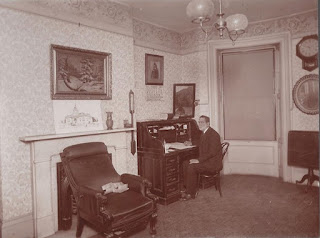 Silloway's name is carved in marble in the library's original foyer. 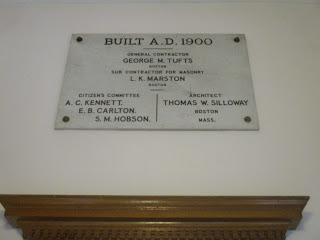 The road south of the library's original back door was named in his honor as seen in this 1908 Sanborn insurance map. 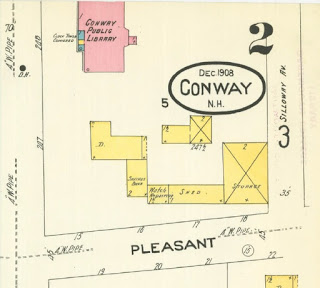 The name remained on the 1923 version of the map. Notice the changes in the Chase-Wilder House west of the library. 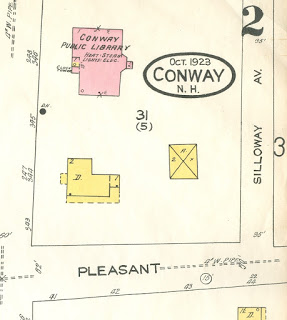 By 1929 The name had been changed to Greenwood Avenue, although the old name was indicated in parenthesis. 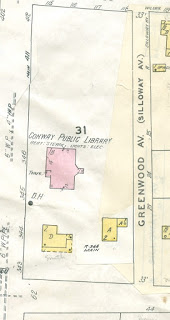 On the other side of the original entrance doors is an architectural rendering of the recent addition to the library. 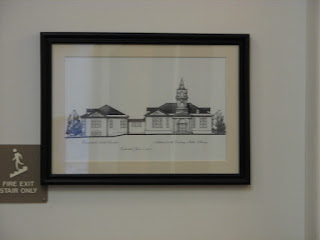 The grand opening of the expansion was held June 5, 2004. 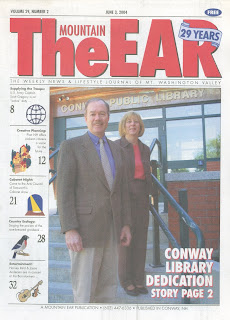 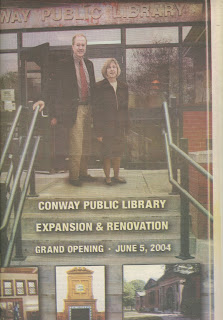 And that work was also memorialized in stone, 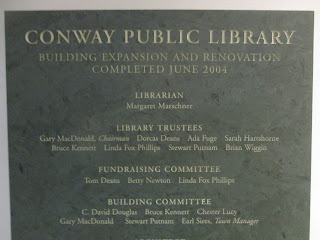 So with the 15th anniversary of the expansion and renovation coming up it is almost time for another party.