Scene, Setting and Structure: A Rockstar’s View of the White Mountain Notch 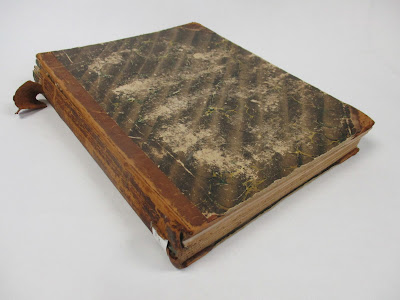 In the collection of the Conway Public Library’s Henney History Room is a slim, somewhat nondescript, volume shelved in our section on earth sciences and geology of North America, (Dewey Decimal 557.42 Jac HR).

As an artifact, the book itself is interesting. It has a scuffed marbled paper cover with a torn and broken leather spine and frayed corners.

The names of two different owners are written on the foxed wove paper inside the cover and includes a notation of $2.00, perhaps the purchase price of the book at one time. (click on images to enlarge them). 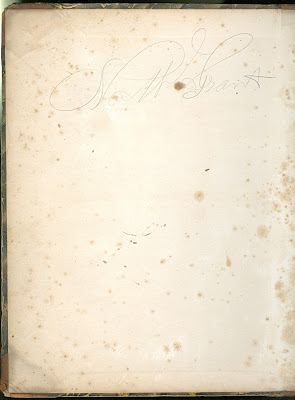 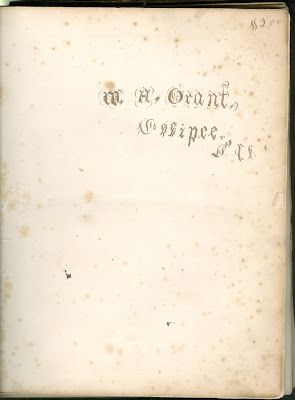 The book is entitled, “Final Report on the Geology and Mineralogy of the State of New Hampshire; with Contributions Towards the Improvements of Agriculture and Metallurgy” by Charles T. Jackson, M.D. who served as the State's first official geologist. 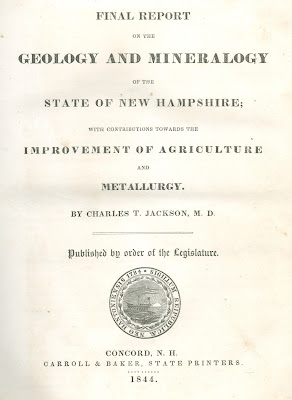 Published in 1844, it is housed within the larger Dewey Decimal number 500 series for science.


Wikipedia tells us that the Dewey Decimal system is intended to structure the entire world of knowledge into ten hierarchical divisions, each having ten sections of increasing specificity.


The entire book can be read online at this site.

Subjects covered include everything from blast furnaces to seed and soil analysis, to theories about thrust faulting, erosion and glaciation. 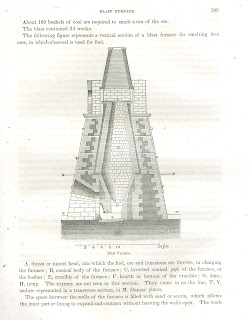 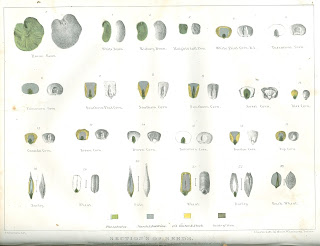 Within this framework of science and technology, it is unlikely that an art connoisseur or art history student would think to look in these bound pages for anything of interest to their field. They would be wrong. 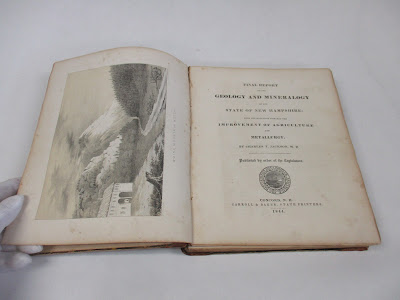 There are in fact two views, that when studied together, serve as a key to unlocking an accidental case of mistaken identity unintentionally perpetuated by the art history establishment for almost fifty years.


Facing the title page is a lithographic view seen above entitled “White Mountain Notch.” A better scanned version can be seen below. (click on any image to enlarge them). 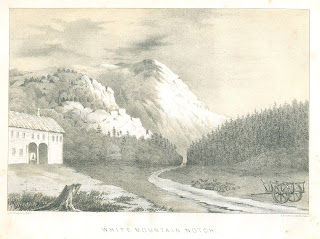 Facing page 78 is another lithographic view seen below entitled “Slide at the Willey House - White Mts.” 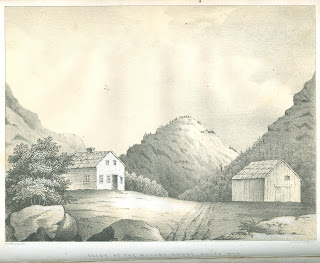 While the topographic profiles of the central mountain peak and the flanking slopes on either side of a central notch are very similar in both prints, the architecture is strikingly different. The Notch House on the left was two stories while the Willey House on the right was one story.

In future blogs, we will explore the significance of this simple difference in these two structures as well as the structure of the scenic setting, but for now, turn your attention to another detail in the Notch print and notice the two figures walking towards the opening known as the “gate” of the notch.

The old saying “Two’s Company” seems appropriate as we use this common artistic convention to represent wonder as we wander into the notch. 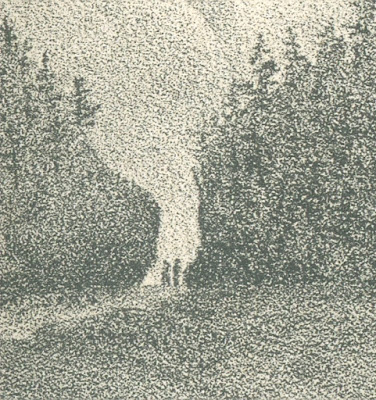