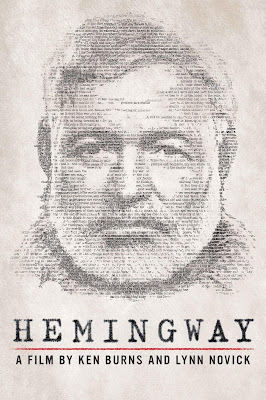 A new documentary on Ernest Hemingway by Ken Burns and Lynn Novick premieres on PBS tonight, Monday April 5, 2021. In this blog we will explore some local connections to Hemingway's extended family.

Today's blog title may have been a little misleading to capture your attention. This blog is about Ernest Hemingway's first wife, Hadley Richardson Hemingway Mowrer (November 9, 1891 - January 22, 1979) who lived and is buried in Chocorua.

There have been a number of books written about her including The Paris Wife, a fictionalized historical account by Paula McLain of Ernest Hemingway's time with Richardson. They were married from 1921 - 1927. 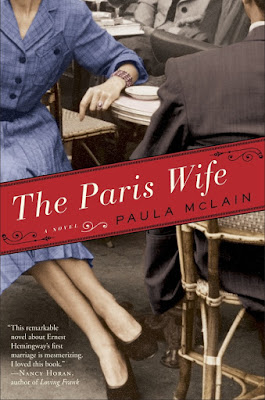 She plays significant roles in Hemingway's The Sun Also Rises and A Moveable Feast. 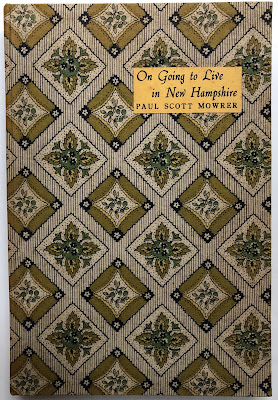 After divorcing Hemingway in 1927, Hadley married Paul Scott Mowrer in 1933, and they eventually moved to Chocorua, New Hampshire where they joined a vibrant artistic community that included William James and Helen Albee. For a time Hadley served as the librarian for the Chocorua Public Library. 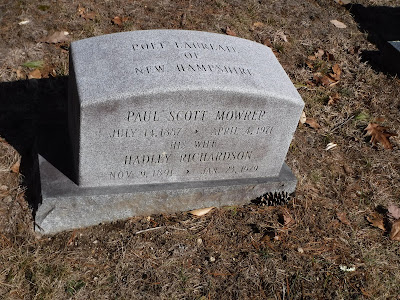 Paul Scott Mowrer won the Pulitzer Prize for Correspondence in 1929 and as can be seen on the couple's headstone at the Chocorua cemetery, was named New Hampshire's Poet Laureate in 1968 (April is National Poetry Month). 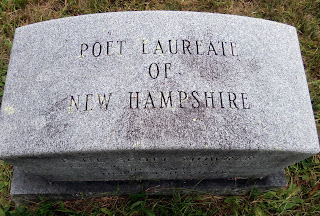 There is another family with a similar name, Hemenway, that had a big impact both locally and internationally, but that is a story for a future blog.

Posted by Mount Washington Valley History at 10:23 AM