July 1917 - One Hundred Years Ago This Month


The US entered the war one hundred years ago this year on on April 6, 1917. Since January 2016 we have been doing a blog looking at one-hundred year old local newspapers each month. Here is a link to that first “looking back” blog.

The Reporter newspaper for July 5th 1917 reports on the celebration of Independence Day (click on the images to enlarge them). 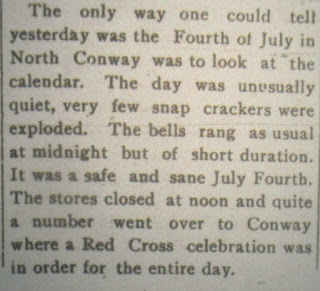 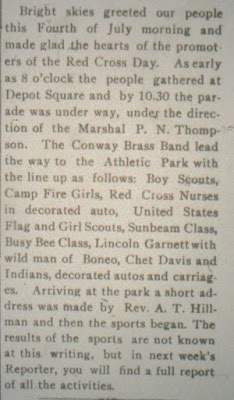 Some local companies benefited from the war effort...

… and some did not. Not much of a call for finely carved granite in the trenches.

In many ways, it seems like life went on. It’s hard to imagine that recorded music had only recently been introduced. Movies were still silent. If you would like to learn more about the movies and music of the period, contact us at the Conway Public Library's Henney History Room. 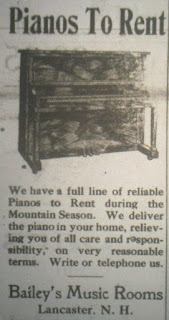 There were a number of efforts on the “home front” to support the war effort. Most communities had a group of ladies sewing and knitting for the soldiers. 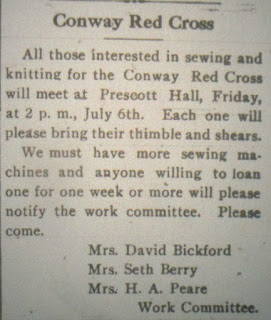 Children’s playgrounds were militarized. It was considered “splendid” and “thrilling." 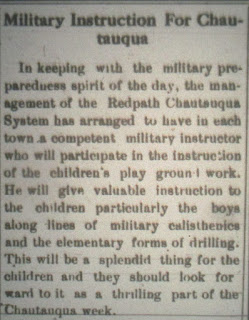 Price increases and prohibition were topics of the day. 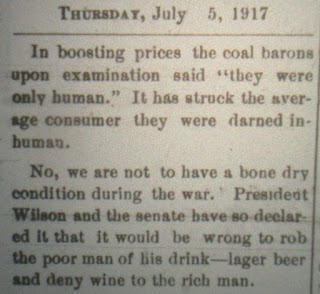 Rockingham Race Track was turned into a military barracks. Cots were lined up in the grandstands and the track was used for marching. 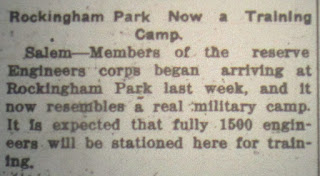 Women’s suffrage seemed ironic in that we were fighting for democracy but half of the adults in the country could not vote. This publicity stunt showed that at least twenty-two other countries allowed women to vote. 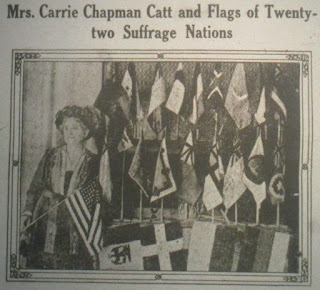 This article features the fashion of the well-dressed “farmerette” with a specially designed work outfit of “a Russion blouse of khaki, denim or gingham, with a full divided skirt of the same sewed fast under a broad low belt” 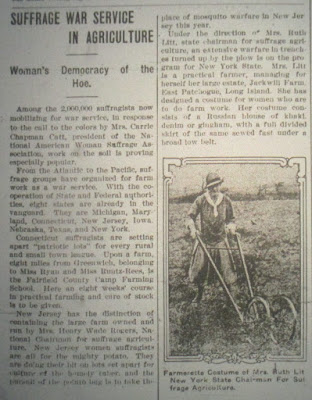 So while you might not be able to fight as a soldier, or vote for the President of the United States, at least you could look stylish while being "outstanding in your field."