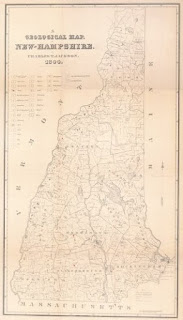 In a recent blog, we introduced the work of geologist Charles Thomas Jackson on the geology of New Hampshire from the early 19th century. We started with a “View of Chocorua mountain from Chatoque corner, Conway” printed in his 1844 Final Report. We focused on the relationship between art, history and science.

My title for this blog, “Plumbago, molybdena, mica and gold” refers to some of the economic benefits Jackson evisioned coming from his mapping out New Hampshire’s geology. He literally created a treasure map for the State.

You can click on the image below to enlarge it and explore the key to some of the symbols he used to identify the location of geological deposits he considered important. In his book he describes these deposits and oh so much more! 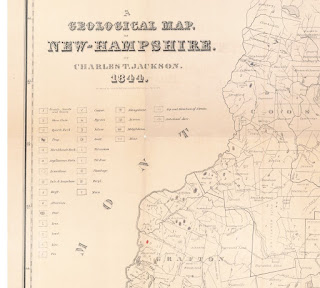 Then when you look at the map itself, you can see how he has applied these symbols as a finding guide for economic exploitation of the landscape. 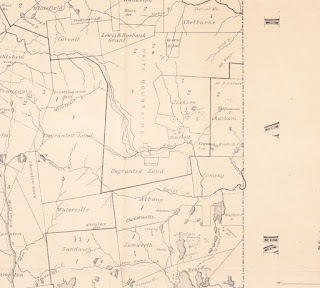 If you want to explore Jackson's map in detail you can follow this link to Dartmouth's map site where you can zoom in really study it.

As we will see, in later maps, the focus changed from the micro id of potential mines to mapping the larger scale interactions of the bedrock geology. This was facilitated by the transition from Jackson’s relatively rough lines, shapes and symbol cartography to much finer mapping techniques and the use of color. 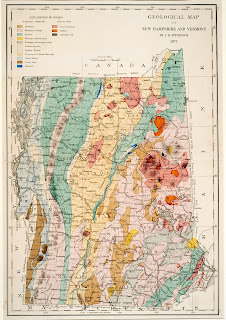 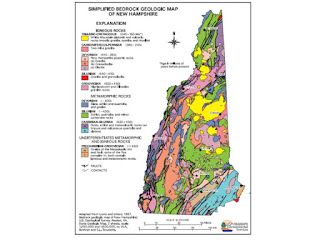 This obvious difference in the look and appearance of earlier maps compared to later maps was in turn facilitated by improvements in the technology of surveying and measuring the land to get the data used to make the maps.

So let’s take a quick look at how Jackson did his field work. Jackson was certainly “outstanding in his field” and in 1836 the artist Franz Graeter recorded Jackson and his survey party working in Maine. 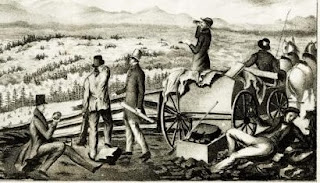 The following are examples of the kind of tools and equipment Jackson mentioned as using in his books on New Hampshire. To learn more about this fascinating study, drop on by, click or call us at the Conway Public Library's Henney History Room. 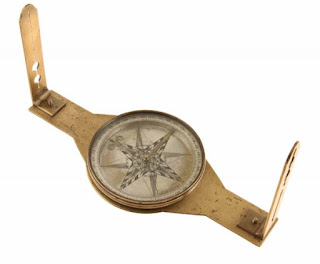 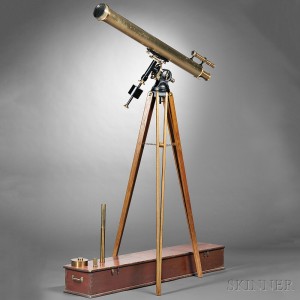 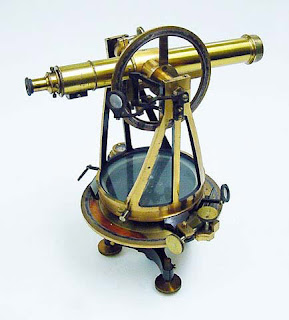 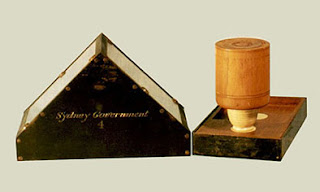 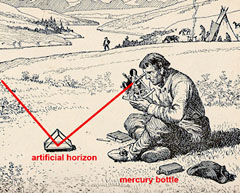 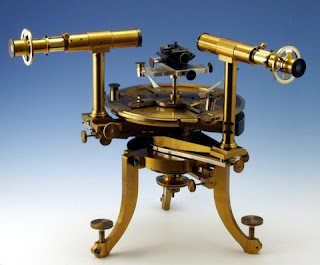 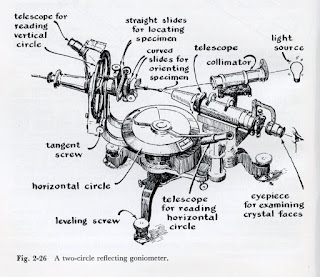 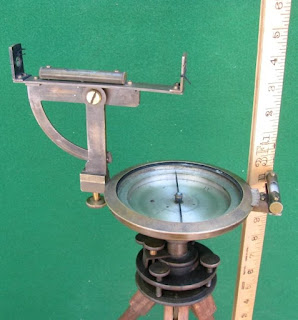 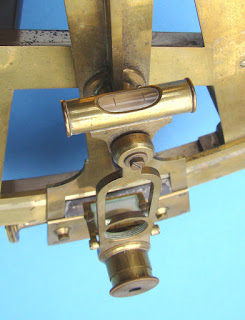 Posted by Mount Washington Valley History at 9:34 AM