One hundred years ago this month 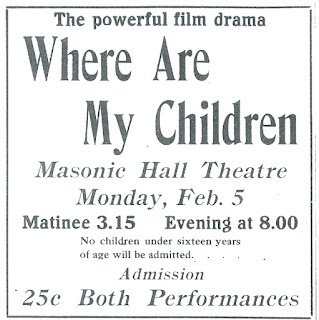 The Masonic Hall Theatre advertised the film “Where are My Children” on page one of the Reporter, Conway’s local newspaper on February 1, 1917. No children under sixteen years of age were to be admitted. A little internet research tells us that the film dealt with controversial adult themes and social issues of the day. The film played to packed houses throughout the country, except in Pennsylvania where it was banned. 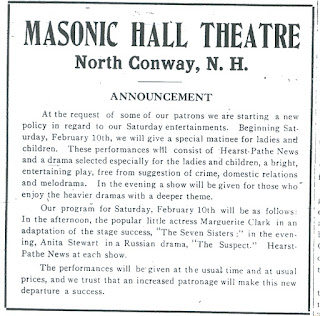 The next week they announced that they were starting a new “family friendly” policy of having a special matinee for ladies and children, with movies free of suggestion of crime, domestic relations and melodrama.

The pair of front page ads shows the dramatic social tensions of the day and the ways they were handled before our more modern system of film ratings. 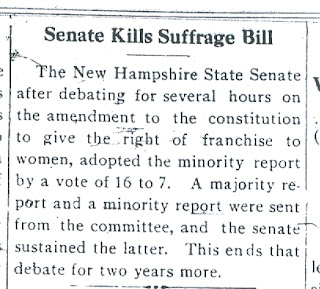 It was not until page four, that we would read that the United States had broken off diplomatic relations with Germany. 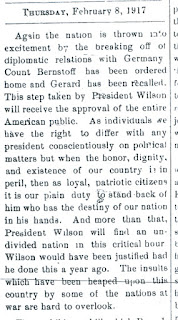 Prohibition was another issue of the day.

As usual there were more column inches about farming than the war raging in Europe, women’s right to vote, or the sale of alcohol. 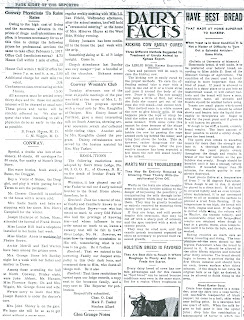 There was an in-depth article about a new type of butter churn, that used the power of gears and belts to improve on efficiency.

Finally, the Martha Washington tea party was called off due to illness. 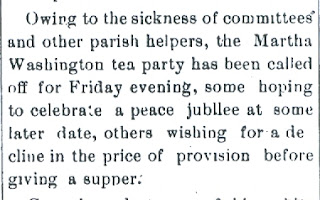 So there we are, all the news fit to print from one hundred years ago this month, a combination of social tensions, impending war, and hope for a peace jubilee. In some ways, things really have not changed all that much.