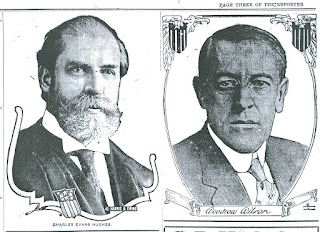 Today’s Conway Daily Sun reports that AMC Theaters will show live coverage of next week's election results at a number of their theaters around the country, allowing crowds of folks to watch with surround sound, popcorn and soda.

They go on to say that “Gathering with a crowd to watch election-night returns is by no means a new pastime.” and that in 1944, an estimated 250,000 people gathered in Times Square to wait for the election returns.

Did you know the same thing happened here in Conway one hundred years ago? 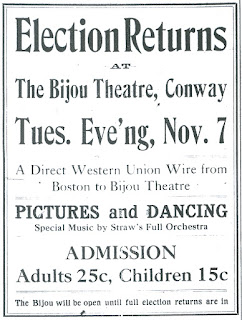 On Tuesday, November 7, 1916 the Bijou Theater (now the Glass Graphics building) had an evening of pictures and dancing with a direct Western Union Wire line from Boston (for a small admission charge).

The paper also provided directions for how to vote (click on images to enlarge them). Remember women could not vote in 1916. 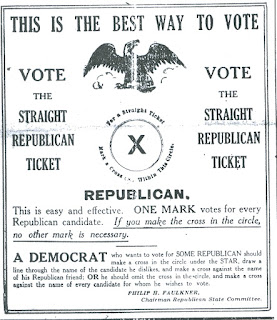 Reports on the election night were published on Thursday, November 9, however, as of press time, the results were not conclusive.

It was not until Thursday, November 16 that we get a report on the victory celebrations for the election of Woodrow Wilson who promised to keep us out of the war raging in Europe.

Keep watching this blog to see how long he kept that campaign promise.