Bemis and the little red book 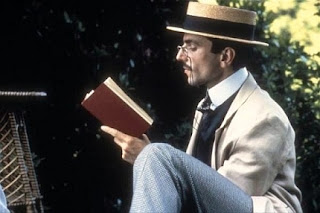 German publisher Karl Baedeker began printing tourist guidebooks in the 1830s. Soon they became famous throughout the world and were the model for other guidebooks including a series of guides to the White Mountains. 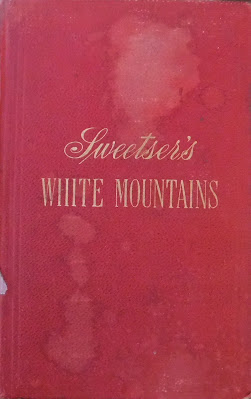 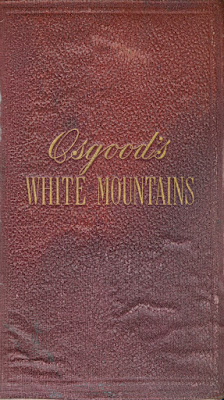 During the late 19th century a number of these tourist guide books were published. Many of them were around the same size (4 1/2 x 6 1/2 inches x 1 1/2 inches thick) and had a red cover with gold lettering. 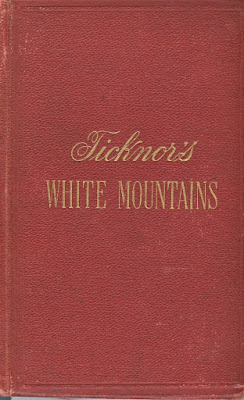 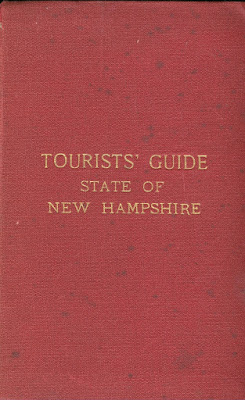 Here is the preface and some of the pages about visiting Conway NH from the 1876 edition of Osgood's guidebook edited by M.F. Sweetser in the Conway Public Library's Henney History Room collection. 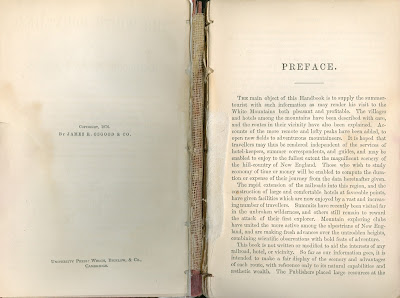 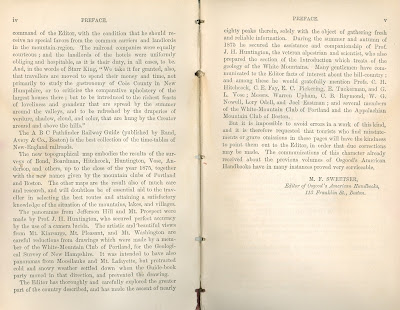 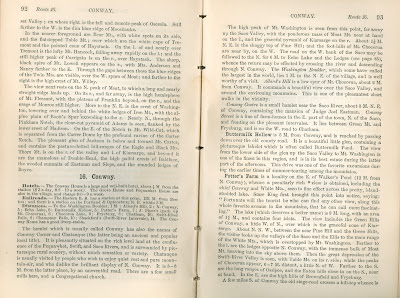 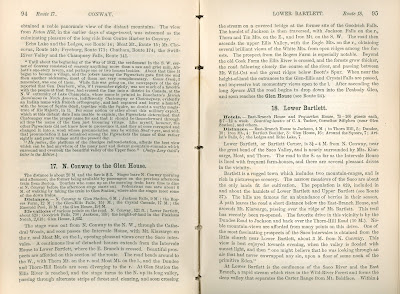 An online version of this 1876 edition can be found on Google books at this link and the text can be searched by word or phrase.

Earlier this week, our long-laboring guest archivist, Craig Evans uncovered the following letter in the Bemis papers. (You can click on the images to enlarge them). Basically, the December 1875 letter is from M.F. Sweetser in Boston to Dr. S.A. Bemis in Crawford Notch with Sweetser asking to "trespass upon your courtesy to seek information about certain points near Hart's Location, with regard to which my notes are deficient." He then goes on to ask five specific questions. 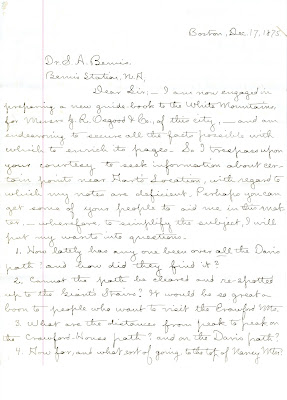 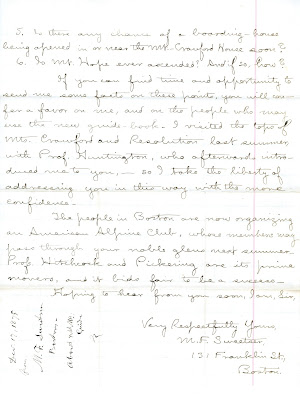 Sweetser apparently also included his business card with the letter as it was found with the papers. 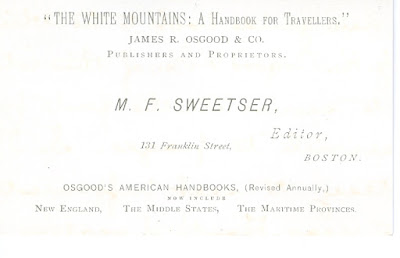 In the letter he mentions that "The people in Boston are now organizing an American Alpine Club..." This became the Appalachian Mountain Club, whose guidebooks we also actively collect for their historical documentation of now lost trails.
To see if Bemis answered the questions, or to just enjoy and explore our collection, comment below or visit us at the Conway Public Library's Henney History Room.