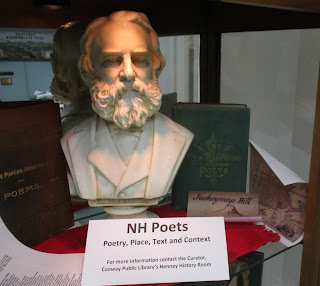 What makes a person a New Hampshire poet?

The exhibit shows a small sampling of the treasures shelved under the Dewey Decimal (DD) number classification 811 (American Poetry in English). You can unearth poet biographies in the DD 920 section.

A less obvious place to explore for NH poetry is DD 917.42 (NH description and travel) for guidebooks such as Thomas Starr King's The White Hills.

Does a NH poet have to live in NH? Pictured above, Henry Wadsworth Longfellow's place in history  is claimed by Cambridge Massachusetts and Portland Maine through historic house museums where he lived. His person and poetry are literally "carved in stone" throughout North America. They are illustrated through sculpture along the Paul Revere trail in Boston, to Minnesota, Louisiana, Nova Scotia and all the way to the poet's corner in Westminster Abbey.

However, few people know that he staked one of his earliest claims to the poetry of place in New Hampshire on a subject not far from here. We can map it out back as early as Thomas Jefferys 1755 map of New England which can be explored in detail at this link. 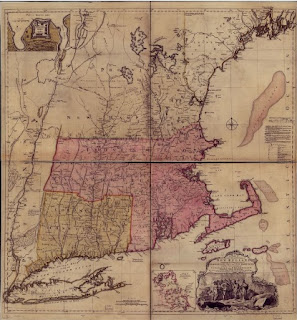 As your examine the map starting along the carefully detailed coastline of a seafaring culture and then head inland through the crowded names of towns usually located along rivers, you may notice that named places become more sparse as you head north and inland. Towards the northwest this map reveals vast open spaces, still unsettled country during the period. Conway is not even shown on the map, it was not even chartered until 1765 (ten years after the map was published) and it took many more years before it became populated and developed. In spite of that, Longfellow found inspiration in the nearby landscape and one of our local legends served as the basis for one of his earliest published poems.

If you look closely at the section of the map above, with one exception, there are no place names surrounding Kusumpe Pond in Sandwich NH. That exception is shown in the picture below to the north of the pond. It is in fact  "Jackoyroays Hill" which is a phonetic spelling for Chocorua.

Seventy years after the map was published, the United States had won its independence, and an eighteen year old Henry Wadsworth Longfellow had his poem Jeckoyva pubished in the United States Literary Gazette.  In this version of the story, Chocorua's death was an accident blamed on bad weather. 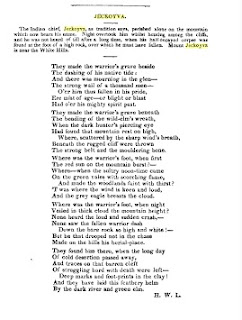 His first published poem had already appeared in the November 17, 1820 Portland Gazette and focused on "The Battle of Lovell's Pond." The pond and Lovell's fort on Lake Ossipee are also shown on the 1755 map.

Part of the context of this poem is the famous Chocorua Legend which has been pinned/placed in the landscape using/through a NH State highway marker. There is no mention of Henry Wadsworth Longfellow here. 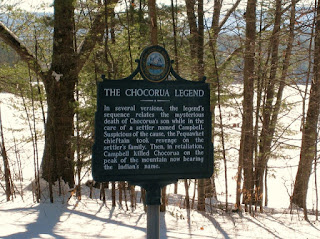 A few miles southwest of this marker in the village of Tamworth can be found a relatively new landmark, the Tamworth Distillery where the recently unveiled Chocorua whiskey was made. 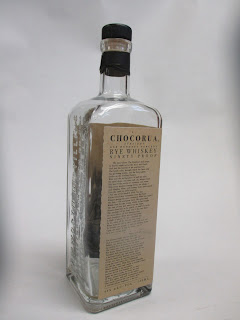 Printed on the bottle's label is a long poem about the Chocorua legend from 1838 by Richard Andros. If you drink the whiskey and turn the bottle around... 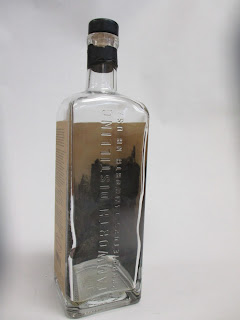 ... and peer through as if through the looking glass, you will discover an image printed on the back of the label. 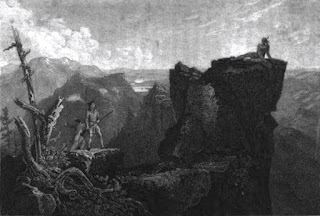 The print is from 1830 and is from a painting by Thomas Cole based on sketches he did when he hiked to the top of Mount Chocorua in 1827 and 1828 now in the collection of the Detroit Institute of Arts. Other sketches used in his composition were based on classical Greek and Roman sculptures and costumed figures wearing Native American style clothing in life drawing classes. 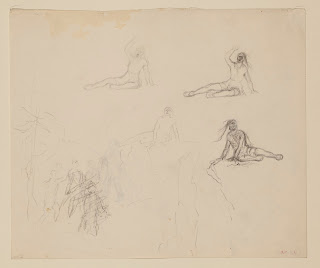 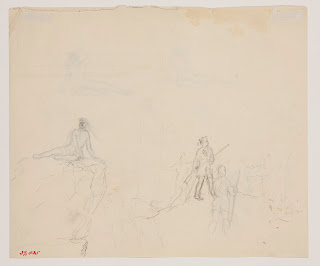 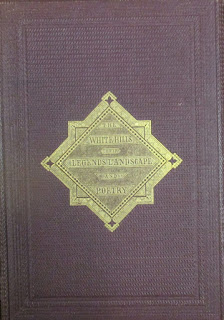 In many ways it is the epitome of the integration of art, history and nature as a way to exploring the region by combining prints of scenic vistas with the correct selection of poetry to enhance one's experience. Starr King tells the reader when and where to go, where to stand, what direction to look and what to think about the view.

In 1899 a father and son teamed up to write the lyrics and music for an opera version of the Chocorua legend in which the main character was stabbed to death in a fight/duel. The author also covered such important historical events as the attack of the frogs of Windham and the story of the fountain of youth. 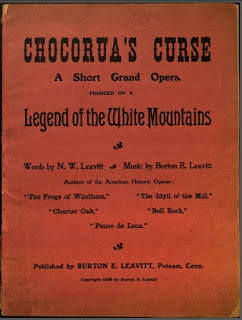 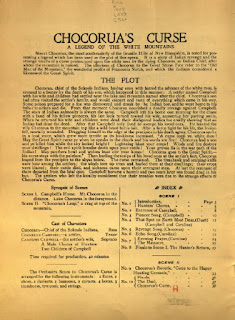 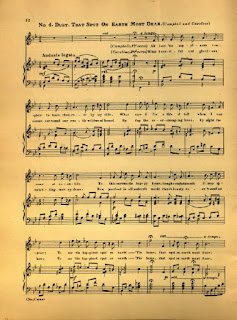 We will cover more of this poetic topic in future blogs. For more on all things Chocorua the library will be hosting a program at the Freedom Historical Society on Wednesday, May 16 at 7pm. Hope to see you there.