The answer to both questions of course is our Canhwyllbren Frwyn. 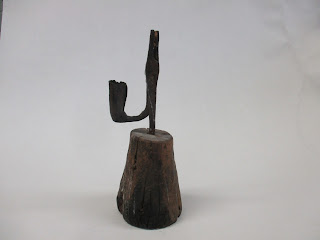 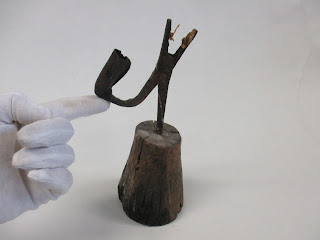 Juncus Effusus, the soft or common rush, grows in swampy areas in both Europe and America, where it has been harvested for centuries to create a cheap source of light as well as for chair seats, floor coverings and many other items. 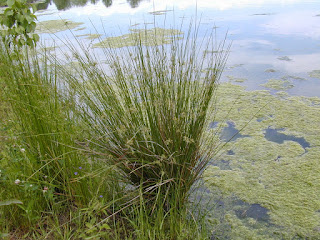 Here some detailed illustrations of the plants roots, seeds and flowers. 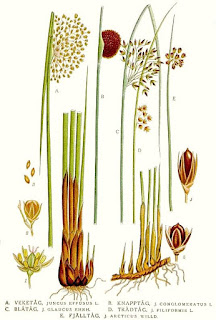 The rush would be immersed in animal fat in a specially designed iron grisset or grease pan. 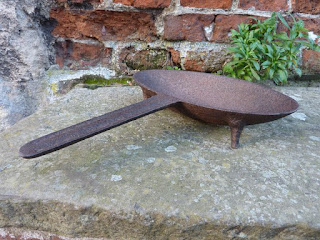 While rush did not provide much light and burned quickly it was much cheaper than candles. 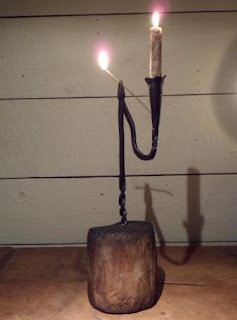 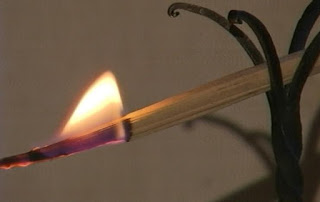 A program from our archival collection shows that they really knew how to throw a party in 1901. (click on pictures to enlarge them). On December 10th of that year they had a "Greate Concerte"to celebrate the one year anniversary of the letter that announced the gift the was used to build the Conway Public Library. 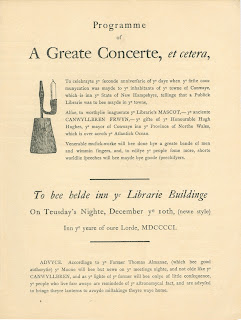 The text of the program is quite humorous and informative. The candlestand was a gift of the Mayor of Conway, Wales and the Curator of Plas Mawr, a historic house also in Conway Wales.  Similar gifts of rush candlestands were made to Shakespeare’s birthplace and Anne Hathaway’s cottage in England to celebrate the Welsh tradition of making these items and of Shakespeare referencing rush lamps in his literary works. 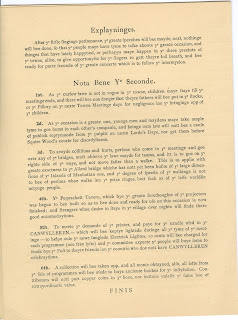 The event featured music, speeches, and of course the ceremonial lighting of the lamp. 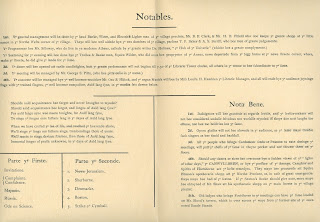 It was then installed in the library's new "curio" closet and can now be seen the the library's Henney History Room. We will explore more items from the curio collection in future blogs.