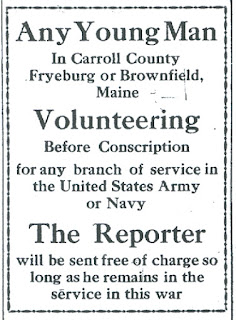 One hundred years ago this month, the local newspaper offered free newspapers for any young man who volunteered for military service before being conscripted or drafted. This would provide a bit of home to life in the trenches.

It had been one month since the US declared war on Germany. See our previous blog about that.

The local community starting to organize and respond to the issues surrounding the war. (click on images to enlarge them). 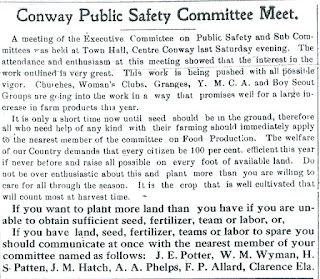 There was a lot of support and relief efforts going on with churches, woman’s clubs, Granges, the YMCA and Boy Scout groups. Military recruitment was beginning. 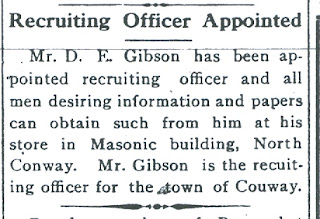 At the same time, life went on and real estate changed hands.

Near the end of the month, the news was about the preparations for military registration day on June 5 and the entire text of the proclamation about the draft. 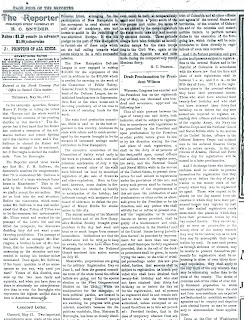 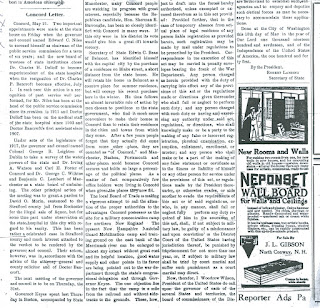 ... but people still needed to remodel their homes and J.L. Gibson could provide you with the needed supplies.

While the wall board represented the future, thoughts also turned to the past. On May 3, 1917 the arrival of a bronze tablet to honor the early settlers was front page news. 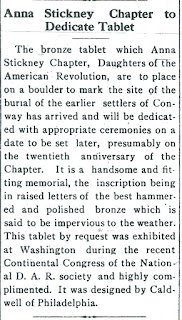 Between the two great wars, Clayton Towle, one of the boys who served during World War One led the Conway Historical Society on a tour of that monument. 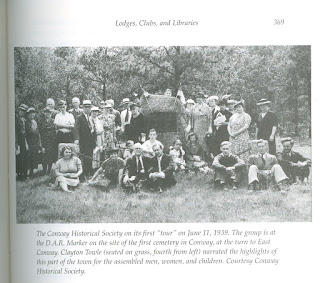 Some of Mr. Towle's experiences during World War One are to be featured this season at the Conway Historical Society's museum exhibit on the Great War.

The monumental area was featured in several previous blogs and celebrated in 2015 during the Town's 250th anniversary.

Click on links to explore those previous blogs.
Littoral History.


Coincidentally, last month, relatives of Mr. Towle from Canada, donated his 1949 membership card for the New Hampshire Library Association and his copy of that association’s Constitution and Bylaws to the Conway Public Library.